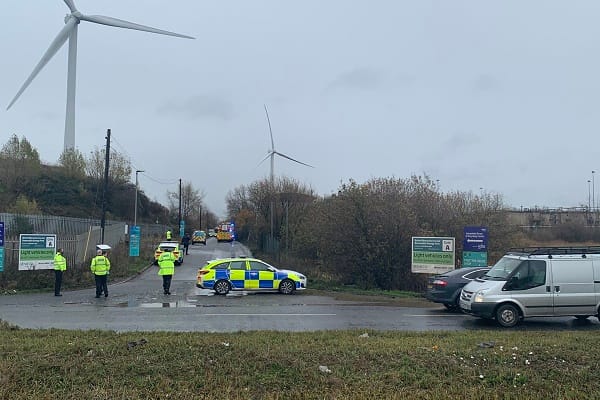 There are multiple casualties with at least one dead and two missing after a large explosion hits a waste water treatment works warehouse in Avonmouth.

Avon Fire and Rescue Service confirmed there are “multiple casualties” and they are still trying to find people following a “serious incident.”

A spokeswoman said, “we can confirm there are multiple casualties on site” adding the injuries were serious.

She said: “We have been called to a large explosion at 11.22am in a warehouse in Avonmouth.

“We are joined by Avon and Somerset Police and Ambulance on site.

“The incident is ongoing.”

Witness Jawad Burhan took a photo showing a tank that had exploded after the blast.

Burhan said, here was a “helicopter looking for missing people” and police had closed a nearby road leading up to the building.

He added, “I heard the sound, I’m working beside the building in another warehouse.

“After ten minutes I saw the helicopter coming and the police.”

South Western Ambulance Service said it was “responding to a serious incident at premises on King’s Weston Lane, Avonmouth, Bristol.

“We have attended with multiple resources alongside fire service and police personnel.