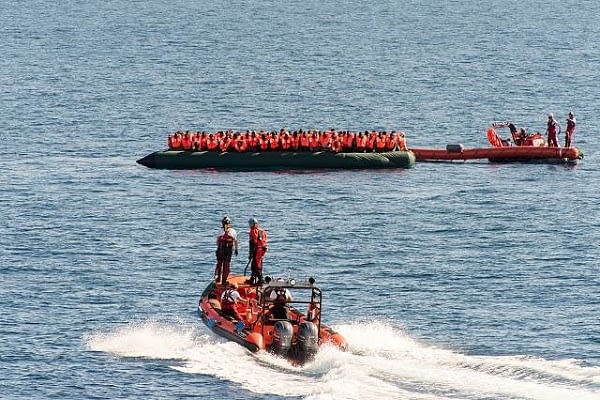 The Home Office also discussed placing asylum seekers on old oil platform in the North Sea, but this idea was rejected.

However, placing them on old disused ferries which are currently moored off the UK coastline is far more realistic, and a detention centre could be built on a remote Scottish Island.

Scotland’s First Minister Nicola Sturgeon said she will oppose the plan which “treats humans like cattle in a holding pen.”

Prime Minister Boris Johnson’s official spokesperson said, “As part of the work that we are conducting on preventing abuse of the system and the criminality associated with it, we have been looking at what a whole host of other countries do, in order to inform a plan for the UK.

“The work is ongoing and when there is more to say on it, we will do so.”