Home Business NewsBusiness Delta Airlines: Staff threatens passenger with jail and losing his children if he doesn’t give up seat 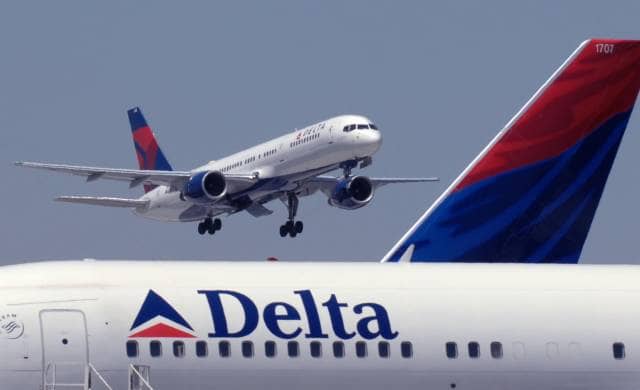 Delta Airlines: Staff threatens passenger with jail and losing his children if he doesn’t give up seat

Another US airline scandal

A couple were told by Delta Airline staff that if they do not give up the seat of their two-year-old son they will be sent to jail and will lose their children, they have claimed.

In another airline scandal surrounding overbooked flights in America Brian and Brittany Schear are now demanding an apology. They were travelling from Hawaii to Los Angeles with their on-year-old daughter and their two-year-old son.

Mr Schear said that a staff member of the airline said: “You have to give up the seat or you’re going to jail, your wife is going to jail and they’ll take your kids from you.”

Mrs Schear spoke to ABC and said: “As a mother, you have a one-year-old and a two-year-old, it doesn’t matter whether that’s true or false, it put fear in me.”

The entire encounter was filmed and Mr Schear uploaded the video footage on to YouTube.

Mr Schear can clearly be heard on the footage and he said to the Delta staff member “Well, you should have thought of that before you oversold the flight, I bought that seat.”

Speaking to CBS2 Mr Schear said: “We never thought it was going to get to the point where they were actually getting us all off the flight.”

“As we were leaving the plane, there’s four or five passengers waiting for our seat. The bottom line is, they oversold the flight.”

The family booked a hotel and flew the next day after buying more tickets costing them $2,000 to fly the next day with United Airlines. They were not even given a refund.

Delta Airlines said in a statement to CBS: “We are sorry for what this family experienced.”

“Our team has reached out, and we will be talking with them to better understand what happened and come to a resolution.”