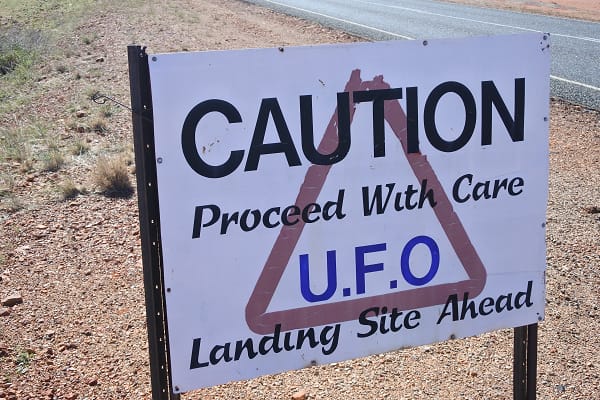 The Defence Minister was told on Wednesday that UFOs pose a “serious threat to national security, following a published report by the Pentagon.

Assurances were sought in the House of Commons today as the US agency said UFOs “may pose a challenge to US national security.”

The Pentagon report said that there has been 144 sightings by USAF military pilots since 2004, with only one remaining unexplained.

The published report said there were “no clear indications that there is any non-terrestrial explanation” for the UFOs and did not rule it out.

It pointed out they “probably lack a single explanation,” and added, “UAP [unidentified aerial phenomena] clearly pose a safety of flight issue and may pose a challenge to US national security.”

The British government have no plans to conduct an investigation into UFOs “because in over 50 years no such reporting had indicated the existence of any military threat to the United Kingdom”.

The former Conservative Party treasurer Lord Sarfraz raised the Pentagon report in the Commons, he said, “For decades people who have been concerned with UFOs have been dismissed as fantasists.

“But now the US director of national intelligence, who oversees 17 intelligence agencies, has published a report saying that data on UFOs is inconclusive.

“It does not rule out that these could be military aircraft with very fast capabilities or even extraterrestrial phenomena.

“Either way can the minister reassure members of the public that the Ministry of Defence (MoD) takes reports of unidentified objects in our airspace very seriously?”

“The government continues to take any potential threat to the UK seriously.”

“Does the minister recognise the US report referred to says there is no clear indication that there is any non-terrestrial explanation for the 144 sightings?

“The idea that in an era of mobile phone cameras, drones and frequent travel there could possibly be alien spaceships whizzing about undetected in our atmosphere on a regular basis is not I think very plausible.

“It’s much more likely that these blurred images have boring explanations alas.”

Lady Goldie added, “The UK air defence community detect and monitor all flying air systems 24-hours a day to provide an identified air picture as part of the UK’s national security posture and our commitment to the integrity of NATO airspace.

“We deal with actual threats substantiated by evidence.”

“Does she agree with that US analysis of the threat from unidentified aerial phenomena and therefore is the UK suffering from a similar threat that the US has identified?”

Lady Goldie responded, “We regard threats as having to exist in the first place.

“We regard them as having to be substantiated by evidence and that’s because we need to know what we are addressing and how best we can address it.

“We are of course aware of the US assessment.

“The MoD has no plans to conduct its own report into UAP because in over 50-years no such reporting had indicated the existence of any military threat to the United Kingdom.”