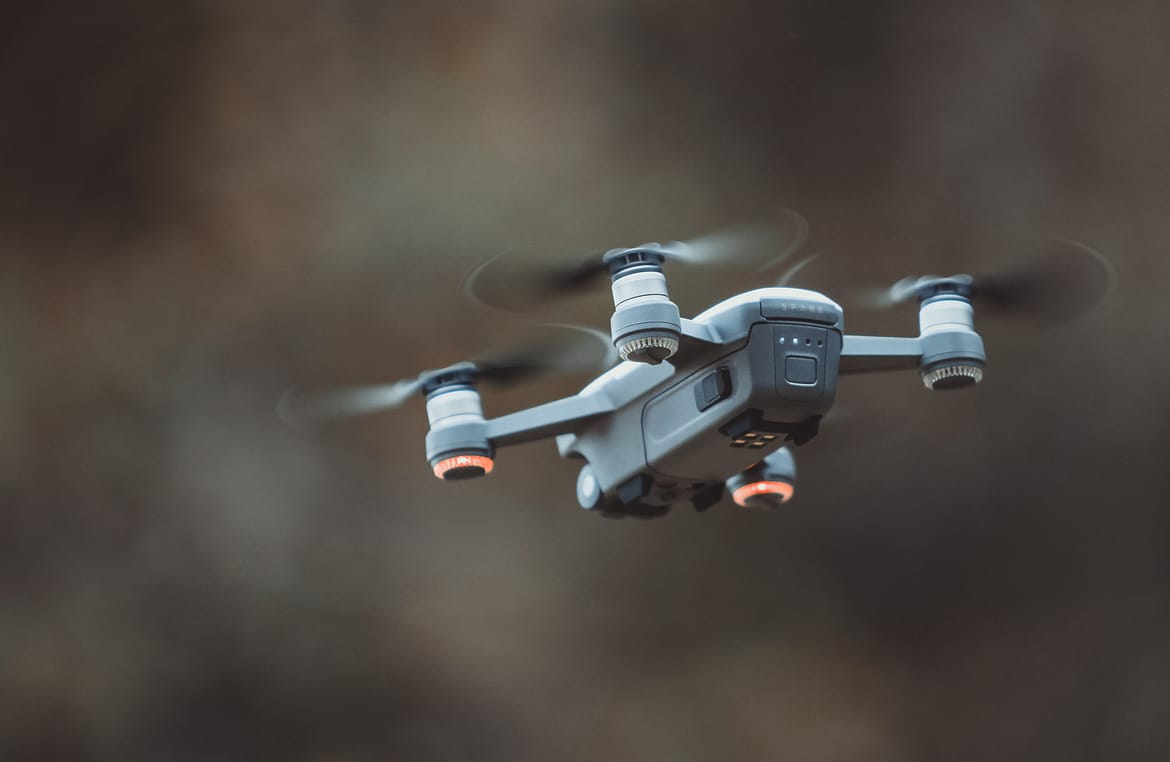 It seems the future is well and truly here with IBM’s latest quirky patent filing. Imagine you’re standing at the train station waiting to go to work, tired and yawning. You look up and there’s a drone carrying your favourite coffee order – just for you. You reach up and take the coffee, pay with your credit card and suddenly you’re in a much better mood.

As far fetched as this may sound, it looks as though this kind of service may be on the horizon for real, when we consider IBM’s recent patent filing.

The patent describes a drone that can ‘sense’ when people want a coffee and go ahead and deliver it. The technology would use various factors, including wearable devices like Fitbits, and electronic calendar notifications on smartphones or other devices.

So, if your calendar points to a 9am meeting and you’re wearing some kind of technology, you could be in line for a coffee drop from a friendly drone. Alternatively, people could flag down a drone, in the same way as you can flag a taxi, or order the coffee from an app.

The patent’s title is “DRONE DELIVERY OF COFFEE BASED ON A COGNITIVE STATE OF AN INDIVIDUAL”, which sums up IBM’s aim in a nutshell. Details in the patent include descriptions of how it could work, and the way the technology would work together to interpret the customer’s state of mind. It says: “Coffee or other drink, for example a caffeine containing drink, is delivered to individuals that would like the drink, or who have a predetermined cognitive state, using an unmanned aerial vehicle (UAV) drone.”

The drink would be connected to the UAV, which then enters an area where there are lots of people, such as a concert or airport, and uses its sensors to scan people to see whether they’d like a drink. The drone then flies over to the individual to deliver the drink. It continues: “The analysis can include profile data of people, including electronic calendar data, which can be used to determine a potentially predetermined cognitive state.”

The exact wording of the patent suggests that the drink is not confined to coffee or tea. For example, it doesn’t preclude the delivery beverage from being a cocktail, shot or beer. In fact, it also talks about potential applications from pubs and bars. In these cases, the drone could be used to work out whether the customer has had too much alcohol, by scanning for signs of sleepiness, slurred speech or unsteadiness. If the person is determined to have had enough then the drone would not serve them. It would also work out whether any unsuitable drink was headed towards a minor and refuse to allow it to be served.

Various tech is used to work out who has ordered the coffee, beer or shot of vodka, including voice and face recognition, Bluetooth via smartphones and electronic ID tags.

So, should we expect to see coffee drones on our horizons any time soon? Perhaps not quite yet. The concept has many detractors, including Canadian based coffee industry expert Colin Newell, who is particularly worried about safety issues. He said: “The fundamental flaw here is transporting hot liquids through the air. It’s a shtick as much as Amazon saying it’ll deliver parcels to your home by drone.”

Even IBM sounds sceptical about whether the coffee drone will hit our streets in the near future. Spokesperson Amanda Carl said: “IBM encourages our researchers to pursue their interests even though not all of their inventions become commercial products. By publishing their inventions as patents, we give our researchers the recognition they deserve and make their work public, so it can inspire new innovations.”

Understanding innovation At Dawn Ellmore Employment, we maintain an overview of all major innovative patents, as it helps us to keep track of our industry. In our experience, while this kind of invention may never reach fruition in the exact patented form, it’s likely that much of the technology will be used at some point.

I don’t think it’s too far-fetched for consumers to have much more interaction with drone technology in one form or another. We’ll watch out for patent updates from companies such as IBM, as it’s a fascinating way to keep a finger on the pulse of envelope-pushing technology.