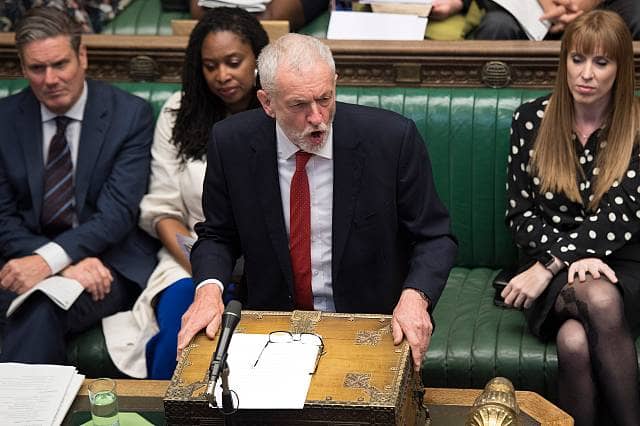 Corbyn urges MPs and leaders to install him as caretaker PM

Labour leader Jeremy Corbyn has urged opposition parties and Tory rebels to install him as a temporary caretaker prime minister in an attempt to stop a no-deal Brexit.

Corbyn is planning to a no-confidence vote in parliament and should he win he will most likely call a snap general election to delay Brexit.

Jo Swinson the newly elected Liberal Democrat leader will not support Corbyn becoming prime minister, she called him “divisive” and he will not command support from MPs.

Swinson said on Thursday that Corbyn is not a leader that is “respected on both sides of the House” and the Lib Dems will work with other MPs to prevent a no-deal Brexit.

The Lib Dem leader said that Tory MP Ken Clarke or Labour’s Harriet Harman, known as the mother of the House could take lead as a caretaker PM.

A Downing Street spokesman said, “This government believes the people are the masters and votes should be respected.

“Jeremy Corbyn believes that the people are the servants and politicians can cancel public votes they don’t like.”