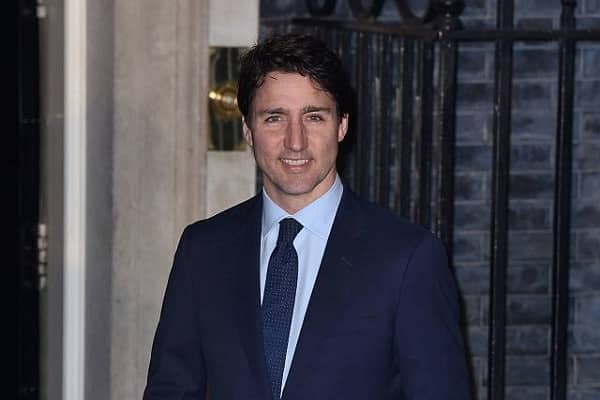 She is “feeling well” and they will both self-isolate, Mr Trudeau’s office said in a statement.

“The prime minister is in good health with no symptoms. As a precautionary measure and following the advice of doctors, he will be in isolation for a planned period of 14 days.”

The prime minister’s doctor said he is to continue daily activities and self-monitor as he is showing no symptoms.

“Also, on the advice of doctors, he will not be tested at this stage since he has no symptoms. For the same reason, doctors say there is no risk to those who have been in contact with him recently,” the statement said.

Mrs Trudeau said in a statement, “Although I’m experiencing uncomfortable symptoms of the virus, I will be back on my feet soon.

“Being in quarantine at home is nothing compared to other Canadian families who might be going through this and for those facing more serious health concerns.”

British Columbia’s health officer Dr Bonnie Henry said, it is “strongly” advised that people do not travel outside Canada. Anyone who choses to travel should self-isolate upon their return for 14 days.

British Columbia Health Minister Adrian Dix said, “That means no trips to Disneyland, no trips to Paris or Berlin or Boise.

“Anyone who chooses to travel outside of Canada must stay away from work or school or 14 days upon their return. That responsibility is what we owe to our fellow citizens.”

Canada has 140 reported cases of coronavirus with one death.

The Mayor of New York, Bill de Blasio has declared a state of emergency in the city over the deepening deadly coronavirus outbreak.

On Thursday the New York Mayor said the last 24 hours have been “very sobering”” and said the world has “turned upside down” in just one day.

Transport for London (TfL) has confirmed a Tube driver on the Jubilee line has tested positive for coronavirus.

TfL said, “their duties mean they were not working in a customer facing area.”

On Thursday, Boris Johnson announced that the whole of the “UK is now officially in the delay phase.” The government has advised that overseas school trips should now be cancelled.

The UK government’s chief scientific officer, Sir Patrick Vallance said at a press conference in Downing Street has said “it is most likely five to ten thousand people are already infected in the UK with coronavirus.”