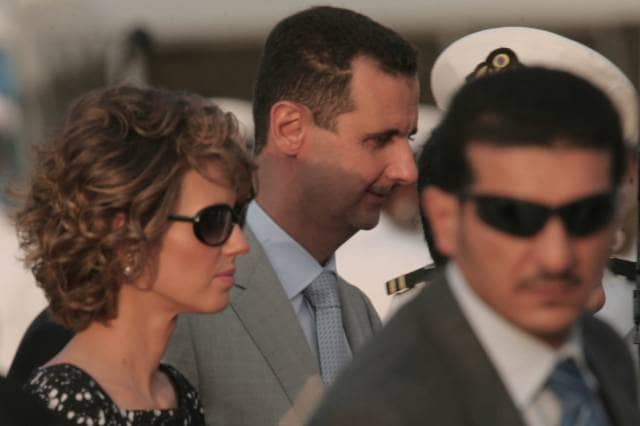 Since the chemical weapons attack in Syria 4 April calls have been made by people and now politicians to strip London born Asma al-Assad of her UK citizenship.

She has accused the West of lying about the chemical attack on official social media accounts and is also publishing propaganda to support her husband President Bashar al-Assad.

She wrote a response to Trump’s airstrike “The presidency of the Syrian Arab Republic affirms that what America has done is an irresponsible act that only reflects a short-sightedness, a narrow horizon, a political and military blindness to reality and a naive pursuit of a frenzied false propaganda campaign.”

Liberal Democrat foreign affairs spokesman, Tom Brake said: “Boris Johnson has urged other countries to do more about Syria, but the British government could say to Asma al-Assad, ‘Either stop using your position to defend barbaric acts or be stripped of your citizenship’.”

Nadhim Zahawi Conservative MP told The Sunday Times: “The time has come where we go after (President) Assad in every which way, including people like Mrs Assad, who is very much part of the propaganda machine that is committing war crimes.”

Rethink Rebuild Society, an advocacy group for Syrians in the UK added: “She has assumed a direct role in promoting ideals contradictory to the British public good,” said Dr Haytham Alhamwi.

President Bashar al-Assad said in a rare interview that he strongly denies the chemical attack took place and questioned the pictures showing young children who were dead claiming the attack was “fabricated.”

Foreign secretary Boris Johnson wrote in the Sunday Telegraph saying: “Assad uses chemical weapons because they are not only horrible and indiscriminate. They are also terrifying.”

“In that sense, he is himself an arch-terrorist, who has caused such an unquenchable thirst for revenge that he can never hope to govern his population again.”

“He is literally and metaphorically toxic, and it is time Russia awoke to that fact. They still have time to be on the right side of the argument.”

“British scientists have analysed samples from the victims of the attack. These have tested positive for Sarin or a Sarin-like substance.”

“The UK, the US and all our key allies are of one mind: we believe that this was highly likely to be an attack by Assad, on his own people, using poison gas weapons that were banned almost 100 years ago, under the 1925 Geneva protocol.”

Johnson made it clear that it was “highly likely” Assad was responsible for the chemical weapons attack 4 April and the West has now changed their position on Syria.

Turkey spoke out 6 April saying that they carried out post-mortems on the victims of an attack in northern Syria.

The post-mortem results show that chemical weapons were used in Tuesday’s attack in Idlib province that killed more than 80 including children.

Medecins Sans Frontieres said at the time that it treated people with dilated pupils, muscles spasms along with involuntary defecation “consistent with exposure to neuro-toxic agents such as Sarin.”