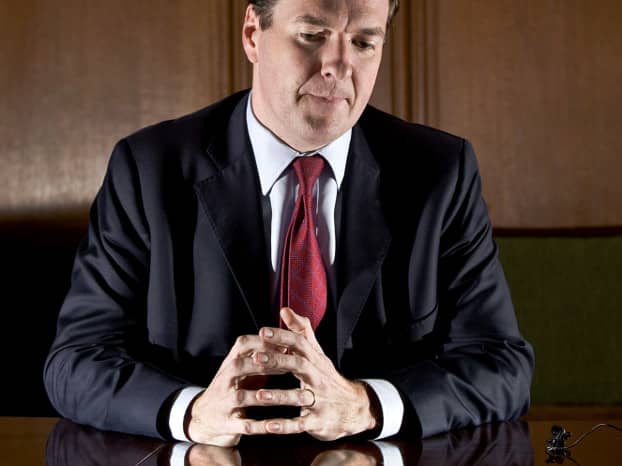 Budget 2013: Osborne, read this: What businesses need to grow

Andrew Jesse, VP, UK and Ireland at Basware:
Simply announcing a programme with a punchy name, like the Prompt Payment Code, won’t work this time. We need something that provides clear rules that give very little room for misinterpretation and also clear consequences for breaking them.

Peter Alfred-Adekeye, CEO of Multiven:
An extension of the Seed Enterprise Investment Scheme (SEIS) would ensure a higher survival rate for startups in today’s inhospitable economic climate. The tax relief for individuals willing to provide these investments should also continue well beyond this tax year, helping ensure that startups which have been slow to realise the benefits of the scheme get another opportunity to do so.

Jason Woodford, CEO at digital marketing agency, SiteVisibility:
Encourage positive discrimination to buy British in public sector procurement – we have got to help ourselves.

Duane Jackson, CEO and founder of KashFlow:
Last year, the basic rate of corporation tax dropped 2% to 24%, which got the chancellor the headlines he was after, but made no difference to the thousands of small businesses who are under the £300,000 profit threshold and pay 20% as is! Over 99% of UK businesses are classified as small and medium-sized. We’re calling on the government to set aside funding for resources to support small businesses, headed up by a dedicated small business minister.

Russ Shaw, member, Tech City Advisory Group:
Osborne should build on initiatives such as the Funding for Lending scheme and ensure our banks release capital to SMEs, and also consider further tax breaks for tech start-ups.

Paul Deeming, CFO, Hakkasan Restaurant Network and serial restaurant entrepreneur:
Easier access to capital for start-ups or growth. Though interest rates are at an historic low it is not necessarily the cost that’s the issue, it’s the access (or lack of access) given to businesses.

Katherine Grover, CFO, Semafone:
As a small business we would like to see a reduction in the Employer’s NI rate – this would immediately bring down our fixed cost and would be simple to implement by both employers and the government. A reduction in the waiting period before you can claim bad debt relief would also help – currently you have to wait until the quarter after the debt is 6 months old, so if a customer doesn’t pay a large debt you are out of pocket for the VAT for 6 months.  I would also like to see this extended to give relief for slow paying customers – sometimes we are in the situation of having to pay over VAT before we have been paid; on very large invoices this can have a serious impact on working capital.

Peter Lelliott, UK Head of Enterprise at NTT DATA:
Opening up trade links with countries such as India and easing visa regulations for skilled workers will enable European organisations such as ourselves to share skills across markets. This not only brings new skills into the UK to address the IT skills shortage, but allows for ongoing training and upskilling of local talent too.

Jason Woodford, CEO at digital marketing agency, SiteVisibility:
On my Budget wish-list would be to see a tax rebate on investments in training, apprenticeships and work placements, maybe building on the R&D tax credit model.

Gary Stewart, board director at Xceed Group:
The Chancellor needs to deliver direct tax incentives for companies prepared to invest in the development of talent. Significant tax breaks are needed not only to ensure Britain’s businesses remain competitive in terms of innovation and skills, but also to reduce unemployment and galvanise the economy.

Peter Lelliott, UK Head of Enterprise at NTT DATA:
We’d like to see the Chancellor further his investment in infrastructure and mobile connection to help reach the aim of making the UK the technology hub of Europe.  The recent 4G auction is a good step in this direction however more will need to be done to provide telecoms and business infrastructure that will empower workforces and help the UK compete with other growing economies.

Stuart Drew, European Vice President at HCL Technologies:
To ensure that the UK is able to keep pace with nations like India in the innovation race, the Chancellor needs to urgently re-evaluate both the short and long-term strategy for investment in IT skills. I’d like to see Mr Osborne committing to offering ‘innovation incentives’ in his budget speech in the shape of grants and subsidies to organisations that are able to demonstrate that they are safeguarding the next generation of IT skills.

Russ Shaw, board member, Tech City Advisory Group:
Business doesn’t act in isolation. It requires an efficient infrastructure that supports growth and the Chancellor must strengthen incentives for infrastructure investment to improve the country’s transport and communication networks. Allowing Boris Johnson to borrow £1bn to support the Northern Line extension to Battersea was a huge step in the right direction.

Arnab Dutt, Managing Director, Texane:
Lower  the small company tax rate to 15%  helping millions of small businesses . Lower normal corporation tax rate to 20% which will help UK businesses and attract overseas companies to set up here. I want  capital allowances increased to £1m so that manufacturers are incentivised to invest for growth. Fuel duty increases should be suspended as they are hurting all households and businesses.

Daniel Todaro, MD at Gekko:
I’d like to see some of these stealth taxes removed; Fuel Tax duty for example, which affects business first and consumers twice through increased product pricing, in addition to filling their own cars. The ‘Employee rights for shares’ scheme needs to be scrapped. It encourages workers to trade in employment rights in exchange for shares in a business, exempt from capital gains tax. As a business owner, can I become exempt also if I work harder?

·        Abolishing capital allowances but allowing businesses to deduct depreciation, provided that it is computed in accordance with generally accepted accounting standards;

·        Allowing medium-sized owner managed companies to elect to be treated as tax transparent so that one level of taxation is removed;

·        Allowing medium-sized companies to opt out of paying corporation tax provided that they agree to pay substantial dividends to shareholders out of their distributable profits which become taxable at the shareholders’ marginal tax rates. (Note that the UK-REIT regime applied to listed property companies already allows this treatment);

·        Repealing Inheritance Tax but introducing a flat rate Capital Gains Tax liability on the probate value of the assets within the deceased estate at death above their acquisition costs (but excluding those assets currently eligible for IHT business property relief).

Naomi Heaton, CEO of London Central Portfolio:
The Chancellor should re-evaluate the 1% Stamp Duty ceiling at £250,000. This has remained unchanged for over 15 years whilst the average price of a house has increased three fold from £79,242 to £238,293, almost reaching this pivotal barrier. There is clear evidence that the Stamp Duty threshold has already suppressed normal price growth, with almost three times as many transactions taking place between £200,000 and £250,000 than between £250,000 and £300,000 (33,733 vs 1
3,774 in Q4 2012). If Osborne were to move the 1% ceiling to £300,000, average property prices would push through, finally bursting through the artificial ceiling at £250,000, augmenting the property market recovery and boosting general morale.  In moving the threshold, the Government would unlock this market and increase transactions.

Abolish Stamp Duty now and the economy will grow