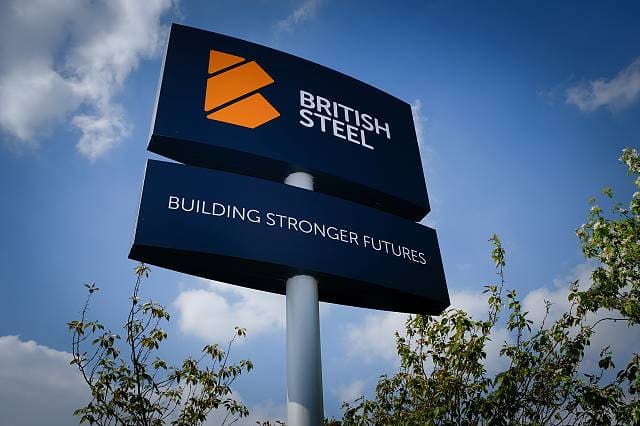 British Steel has reportedly agreed a rescue deal with China’s Jingye Group in a bid to save up to 4,000 jobs in the UK.

Jingye Group has agreed in principle to buy British Steel for £70m, the BBC reported.

It comes after British Steel has been kept running by the government since May when the company went into liquidation.

As well as employing 4,000 people at its Scunthorpe and Teesside sites, British Steel supports an additional 20,000 jobs in the supply chain.

Gareth Stace, director general of industry lobby group UK Steel, told BBC Radio 4’s Today that the business being bought was a “significant asset to our country” as it makes up a third of UK steel production, mostly from Scunthorpe.

It also complements Jingye, he said. “We know that a purchase by Jingye of British Steel would certainly complement what they do there in China.

“They both make wire rod, but actually British Steel makes rail, high-quality rail and heavy sections, ie girders which Jingye doesn’t make. [So it] not only increases the amount of different products that Jingye could make but also, much more importantly, secures a foothold in the UK.”

Dr Jonathan Owens, logistics expert from the University of Salford Business School said, “It appears the Chinese based Jingye Group may have beaten the Turkish Pension fund in the purchase of British Steel.  Overnight, the Chinese industrial giant has agreed in principle a deal worth £70m, which needs to be ratified by the UK government, but this could be expedited and could be completed within a week.  If successful this will secure 4,000 jobs at the Scunthorpe plant and, up to 20,000 with the wider supply chain, bringing a huge relief to thousands of families in the traditional run up to the festive season.

“It is not perhaps surprising that both the Jingye group and the Turkish pension fund were committed on investment at Scunthorpe, by utilising the high-quality steel that is manufactured at Scunthorpe to complement their existing specialisms and concentrations within the volume market.

“Assuming there are no unforeseen problems with purchase, it will be interesting to understand what Jingye’s medium and long term recovery plans are for the plant.  One strategic viewpoint could be to develop capacity for subsidised raw material into the UK market, which may be likely in the long-term not to be subject to high EU tariffs and, it can get enhanced leverage in the UK economy too.

“This investment should not short term and seen as a benchmarking and knowledge stripping exercise though.  Scunthorpe was initially the first to develop and apply technology that allows production of high grade steel with better reliability.

“In the past it has successfully fended of cheaper imports from China.  Whilst other steel mills around the world have applied similar technologies, Scunthorpe is still considered ‘word class’ and the most experienced plant utilising this technology, and it still supplies Network rail for the UK’s railway track infrastructure today.”