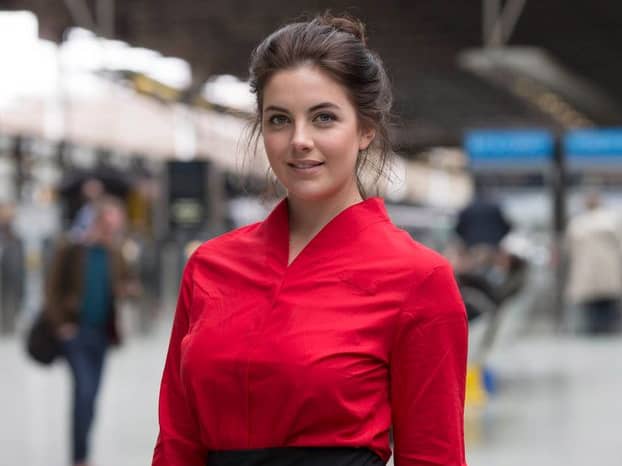 Some rather titillating news for you this gloomy Wednesday, as Richard Bra-nson has made a bit of a boob, despite usually being among the breast, sorry, best in business.

The Virgin Rail boss has caused outrage among female staff as new uniforms on his railway are apparently so see-through that dark bras can be seen through them. Staff claim the new blouses “leave little to the imagination”, and that they don’t even fit properly. A “bra war” has ensued.

Rail bosses have rather insultingly offered female staff £20 vouchers so they can buy more suitable underwear, though chances are that will do nipple, sorry, little to alleviate the problem.

Yes, we know we’re being a little facetious about this whole debacle.

The trouble is with Virgin you can never really tell whether this is a genuine staff issue or just another clever PR gimmick. After all, Branson has spent decades carefully cultivating a risqué, pseudo-1970s sexy-women-all-around-me image (as all these pictures of Richard Branson picking up women go on to prove, not to mention all those Virgin Air ads with scantily clad ladies cavorting all over the place).

If these are genuine complaints, then we certainly feel terrible for the poor women who are being forced to bare more than they want to. It’s degrading, and wrong.

But you can’t help suspecting that maybe this is just a clever bit of press puffery to sex up Virgin Rail, and even to try to entice the pervier end of prospective customers to book Virgin.

Anyway – the launch of the new uniform has been delayed until the end of this month, so we’ll see what happens. And we apologise in advance if this is a real staffing issue, because if so it’s horrid.

Manuel Cortes, leader of the TSSA union, said: “Our female staff are upset because they feel Sir Richard is cutting corners by asking them to wear flimsy blouses which are skimpy.

“He has asked Vivienne Westwood to design the new uniform for his air crews. Unfortunately, it looks like he is getting the blouses for train crews from Del Boy at Trotters Independent Traders Ltd.”

Andy Cross, Virgin’s business support director, said: “Female employees who are concerned about the new blouse will be offered a £20 voucher to buy suitable undergarments. To allow time for employees to ensure that they have a uniform they feel comfortable in, the official launch day has been extended to 27 May.”

Richard Branson tells us what he thinks Britain needs NOW

Register for our free newsletter
For up-to-the-minute insights, news and gossip for London professionals and business leaders.