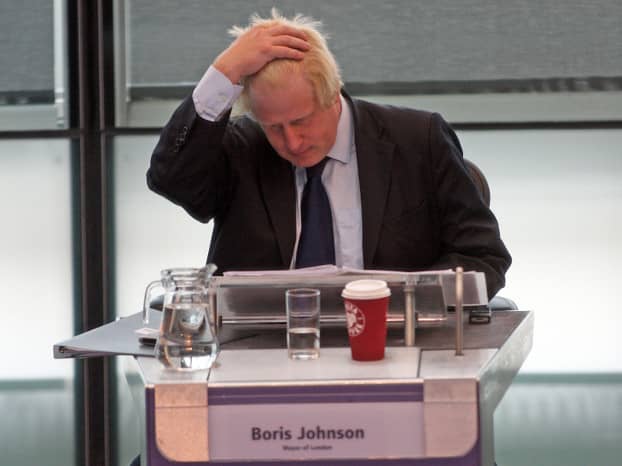 Boris Johnson's draft budget branded as an "insult to Londoners"

Boris Johnson has been branded a “Government cheerleader” for his draft budget for the 2013/14 financial year.

John Biggs, Labour’s London Assembly budget spokesman, called the budget “an insult to Londoners” at a time where the economy is struggling.

Proposals in the budget include reducing the Police and fire brigade’s share by £262m and £14m respectively.

Cutting Greater London Authority’s share of the council tax by 1.2% is also on the cards.

The draft budget, released yesterday, came on the same day that the mayor raised transport fares in London above inflation for a fifth consecutive year.

Speaking about the budget, Johnson said: “Against a difficult economic background my planned budget will cut council tax while making significant strides in growing our economy, fighting crime and improving transport.

“Next year the Government will carry out its spending review and I will continue to champion the capital to ensure we get the funding necessary to support the economy and quality of life in this great city.”

Slamming the budget, John Biggs, Labour’s London Assembly budget spokesman, said: “It is ludicrous for the Mayor to claim he can’t help Londoners.

“There are massive cuts going in and this cut in the council tax is a minuscule amount, roughly 7p a week.

“And you need to put it into context that the fares today have gone up by over 4%.

“This is an insult to hard-working Londoners who are already struggling with a triple whammy of rising food, fuel and rent costs.”

Liberal Democrat budget spokesman Stephen Knight said: “I do think there is more the mayor can do to protect services on an ongoing basis without the need for some of these cuts to fire and police stations that we’re seeing.

“And I think the mayor should focus on that, focus on keeping services in London that Londoners require, instead of these headline-grabbing attempts at cutting the precept by tiny amounts that nobody’s going to notice.”

It’s official! Boris Johnson is the most influential man in Britain