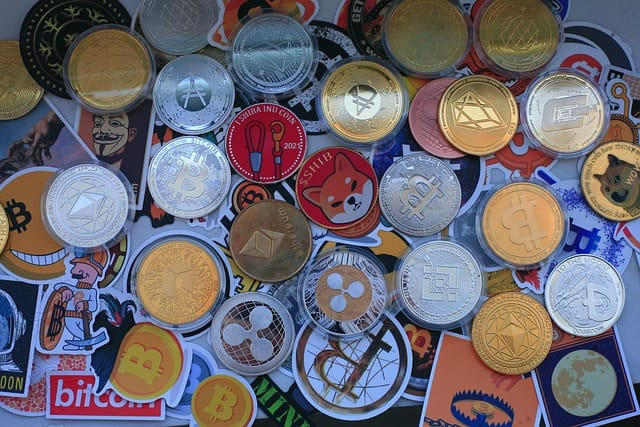 BNB, XRP and other three less-talked-about cryptocurrencies to acknowledge

All one hears these days is Bitcoin and Ethereum, which can easily lead people who aren’t familiar with cryptocurrency to believe that these two digital coins are all that blockchains have to offer.

This article sheds some light on the not-so-talked-about cryptocurrencies out there, whose developers deserve some recognition. Each is distinct and one-of-a-kind, and their developers created them to meet the needs and desires of cryptocurrency traders.

The abundance of digital coins causes price fluctuations, and more people are becoming interested in them. Have you ever wondered if the fact that people invest in cryptocurrency affects the value of digital currencies and if this is what causes more cryptocurrency to be created?

If so, here’s your answer. When the demand for cryptocurrency exceeds the supply, it gains value. When a digital asset is valuable, people want more of it, increasing demand. People do not want to sell it because they want to use it, which indicates that there is more demand than supply, and the value rises, calling for creating more digital assets and additional mining to add valid blocks on the blockchain.

It’s just one of the reasons why the ETH price chart fluctuates from minute to minute, and it’s safe to describe the decentralised crypto market by volatility.

Assuming you’ve grasped the fundamentals of cryptocurrency, you can now go on to learn some little-known facts about several digital coins that follow Bitcoin and Ethereum.

BNB, or Binance Coin, is the native cryptocurrency issued by the world’s largest cryptocurrency exchange, Binance exchange. This virtual coin was launched in 2017 as a utility token based on the Ethereum network, before migrating to its own network two years later. Its applications have since expanded to include payments for transaction fees on the BNB Chain, online and financial services, and entertainment and travel booking.

Binance spends one-fifth of its quarterly profits to repurchase and permanently “burn” BNB coins from its treasury. Like any other crypto, BNB is a digital asset whose value fluctuates as people are trading it.

Owners can store these assets in the virtual wallets crypto exchanges offer and send them to others directly for purposes like payments.

BNB, as of last year, has proven to be one of the most prosperous cryptocurrencies, making it one of the best assets for investors and increasing its value significantly in recent months.

In terms of market capitalization, CoinMarketCap currently ranks fourth, coming after the greats of the time – Bitcoin, Ethereum, and USD Tether.

XRP is a cryptocurrency powered by the XRP Ledger and was released in 2012 by Jed McCaleb and Chris Larsen. The purpose of this digital coin is to act as a temporary settlement layer denomination or as an intermediary mechanism of exchange between two networks or currencies. What’s interesting about this altcoin is that there’s a finite quantity of 100 billion XRPs which can’t be exceeded.

XRP’s developers hoped and succeeded in facilitating network transactions by developing and using XRP through the Ripple company. Ripple is now a money transfer network that meets the financial services industry’s needs, with XRP consistently ranking among the top 10 virtual coins by market capitalization.

Individuals can use XRP to transfer currencies globally and as a more accessible alternative to traditional banking. Plus, this digital asset has gained the trust of investors and financial institutions, making it a more stable and reliable investment compared to other altcoins.

ADA has an interesting story behind its name – it was inspired by the first computer programmer’s name, as some believe, Countess of Lovelace or Augusta Ada King.

It is the cryptocurrency derived from the Cardano blockchain, a decentralised PoS blockchain designed to perform better than PoW networks. Participants in a stake pool receive this crypto as a reward for the work performed in the blockchain. It aimed to be a decentralised application development platform with verifiable smart contracts and a multi-asset ledger, and run on the PoS Ouroboros consensus protocol.

This cryptocurrency was founded in 2015 and was launched in 2017, by the co-founder of Ethereum, and positioned itself as an alternative to this blockchain. Both platforms were designed to create a decentralised and connected system and are used for smart contracts and the like applications. In contrast to Ethereum’s “second-generation” credentials, Cardano has designated itself as a “third-generation platform, ” an updated version of its sibling’s blockchain. It also aims to provide banking services to the unbanked worldwide.

Solana is a blockchain platform that enables the hosting of decentralised, scalable applications. It can process many more transactions per second and uses a PoH (proof-of-history) mechanism behind PoS to verify transactions through hashed timestamps.

It was founded in 2017 as an open-source project. It increased by nearly 12,000% in 2021 and reached a market capitalization of $66 at one point, making it the fifth-largest cryptocurrency at the time.

Solana employs validator clusters rather than validator nodes, in which groups of validators collaborate to move transactions and secure the blockchain. Solana had processed over 100 billion transactions as of September 2022, at an average cost of $0.00025 per transaction.

MATIC is the symbol of Polygon, a cryptocurrency and a technology platform launched in 2017 that connects and scales blockchain networks. To efficiently operate the platform, Polygon uses a modified PoS consensus mechanism.

Using the Polygon platform can boost a blockchain project’s scalability, sovereignty and flexibility while providing the structural benefits, interoperability and security of the Ethereum blockchain.

MATIC is an ERC-20 token. This means it’s interchangeable with another Ethereum-based cryptocurrency, is used to collect network transaction fees and secure and manage the Polygon network.

As of September 2022, it ranked 11th in the top cryptocurrencies by market capitalization, with Dogecoin ahead of it and Polkadot coming after.

As of the 3rd of June 2022, and according to CNBC, more than 19,000 virtual coins were available at the time. It seems like blockchains are here to pass the test of time, so stay tuned to see what the future brings for cryptocurrency.