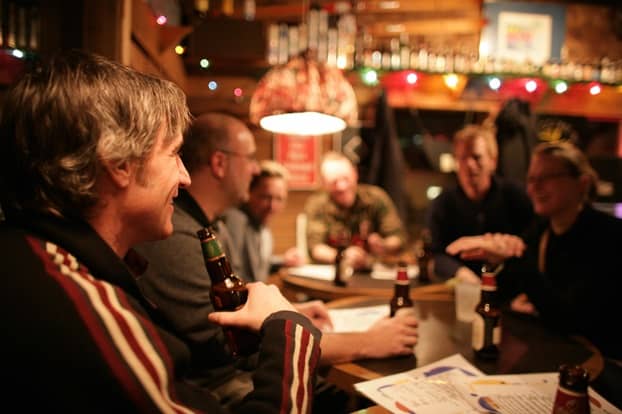 Best places in the UK for a night out

The British are famed for their love of a good drink. As a result, it’s no surprise that the UK has some fantastic nightlife options. Thrill-seekers may party all around the UK, from Scotland to the beachfront resort of Brighton. There are lots of options for you, whether you like extreme subterranean clubs to rave until the early hours or a relaxing drink while listening to live entertainment.

A night out with the boys or girls can be the perfect way to enjoy the weekend and destress yourself a little. After all, aren’t we all living for the weekends? Considering that, we have made a list of the best places in the UK for a night out.

The city of Manchester was awarded the greatest city in the whole of the UK for a night out in 2019, beating out New Castle, London, and Liverpool. Manchester received overwhelming love in a survey done in 2019. The city received an average of 8.95 out of 10.

Manchester’s Northern Quarter, in particular, is brimming with lively pubs, hustling nightclubs, and a fantastic gourmet market. On the other hand, Manchester is also known for having a plethora of budget-friendly pubs and eateries, so it’s no wonder that it was a hit.

Do you have British citizenship? If not, the Life in the UK test exam could also ask you about the city of Manchester as it is a major attraction for football fans and pint lovers. It’s all about understanding the place you live in.

Newcastle has distinguished itself as one of the top party cities in the UK, thanks to the never-ending party vibe of the nightlife area. As a city that is known for refusing to wear a jacket on a night out, regardless of the lower temperature, the right approach to heat up is to start clubbing. On your night out, see how many pubs you can visit.

Manchester was the king of nightlife in 2019 but that has changed as of recently. At present, most people prefer the nightlife of New Castle. Anybody who has partied in Newcastle could attest to the fact that it offers the greatest nightlife in the whole of the UK. It’s the ultimate cocktail party venue with massive clubs, extra-large bars, and an unrivaled party atmosphere.

London is the most diversified city in the UK, which boasts by far the most nightlife alternatives of any city in the United Kingdom. World-class pubs and clubs may be found across the city, with various districts and neighborhoods catering to distinct characteristics.

Some of the clubs even have amplifiers integrated into the floor, enticing the top DJs from all over the planet. While in London you may visit the famed KOKO club; in its prime time, the Sex Pistols, and Madonna visited the club.

Bristol is a fantastic city with a nightlife that matches it penny for penny. It’s a little bit weird, a bit unconventional, and extremely hip. From King Street’s cobblestone promenade to the parallel ports, Clifton, and Stokes Croft there’s no shortage of places to party. The Grain Barge, Thekla, Motion, etc. are the most dominant clubs in the area.

In the summertime, there is also a fantastic terrace for getting some rays at The Grain Barge. Another favorite destination of the Bristols is The Apple. It’s a cider tavern on two stories of a boat with beautiful scenery of the seafront. Once you’re set to rock, you can head to Motion, a disco with a large stadium that hosts international DJs.

In Liverpool, a night out is a part of growing up. You can’t call yourself a veteran party animal until you’ve visited Merseyside and gotten your party started with the masses on Mathew Street. The legendary Cavern Club on Mathew Street is a must-see for all first-time visitors. It’s one of the reasons Liverpool is regarded as one of the top party cities in the United Kingdom.

For an early hour beverage, go to the newly restored Albert Docks, and make your way into the city center for a fantastic night out. With a few cocktails at Albert’s, you’ll get a taste of the area’s elegant bars. In a city that has produced so much musical talent throughout the years, you can expect to have a great evening experience.

Whatever the city, make sure you’re having a great time and that you are in great company. Nothing tops that.