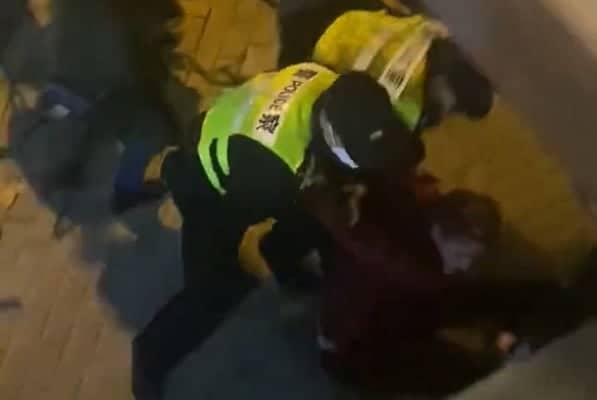 An accredited BBC journalist who was covering the demonstrations in Shanghai to protest over the strict Covid restrictions imposed by the President Xi Jingping.

Edward Lawrence was covering the the protests and was then seen being wrestled to the ground by a group of Chinese police officers, he was handcuffed and then led away and could be heard saying “call the consulate now.”

The BBC said they ware “extremely concerned” about the treatment of Ed Lawrence who was “beaten and kicked” during his arrest and was held for several hours and he was then released.

Officials claimed that Lawrence was arrested “for his own good” just in case he caught Covid from the protesters.

It was then claimed by China’s Foreign Ministry said that he failed to identify himself as a journalist, then said the BBC’s statement “does not reflect what happened.”

Business Secretary Grant Shapps told Sky News there is “absolutely no excuse” for journalists covering the protests in Shanghai to be beaten by police.

People being forced to delete photos by the police today at the of the last two days of protests #shanghai #china pic.twitter.com/VS1kFSoh3x

Sky’s Helen-Ann Smith described the atmosphere in Shanghai on Monday morning as “very, very tense” and said that it is now unsafe to film the protests.

She described that a person was being “dragged away” from the area and added that she had no idea what he had done.