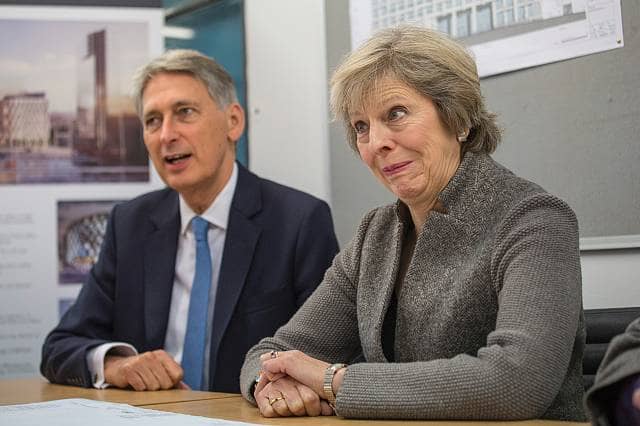 Chancellor Philip Hammond’s 2018 budget has, so far, received mixed reactions from the stakeholders. Here are some experts sharing their views on the economic blueprint:

Reaction from Mayor Sadiq Khan: “This budget was billed by Theresa May as ‘the end of austerity’ but that couldn’t be further from the truth. Today’s Budget confirms that the Government is pressing ahead with the huge cuts that have caused so much damage to London at the same time as we face a catastrophic threat to jobs and growth from either a bad or no-deal Brexit. The Government has forced the Met police to make £1 billion of savings since 2010 and warnings – from the Home Affairs select committee to senior police officers – that we desperately needed an increase in the police budget today have been ignored.

“Neither is there any investment in youth services to create more opportunities for the next generation.
“As a result, with so little in today’s budget on the scourge of violent crime, it’s hard not to conclude that the Government is abdicating its responsibility to keep the public safe.

“I will continue to lead from the front on policing, supporting the Met’s Violent Crime Taskforce and creating a new Violent Reduction Unit to tackle the root causes of crime – but our hands are tied behind our back because of these Government cuts. I welcome today’s confirmation that the Government is lifting the restrictions on local authorities investing to build new council homes, but this alone will not be enough to fix London’s housing crisis which has been decades in the making.

“We still need to see a significant increase in funding for affordable homes and new powers to allow City Hall and councils to build. It’s extremely disappointing that the Government is still refusing to give London the funding we need to go further and faster to tackle toxic air pollution and there is still no sign whatsoever of a diesel scrappage fund for older polluting vehicles.

“With Londoners contributing £600m a year in vehicle excise duty to the new national roads fund, it beggars belief that London is not eligible to access funds from this scheme for the upkeep of our major roads.

“Today was another missed opportunity to give London the powers and funding we desperately need to tackle the challenges ahead and properly prepare for the damaging reality of the Government’s bad Brexit.”

Reaction from the UK opposition leader: Jeremy Corbyn said: “Britain is the most regionally-unequal country in Europe. The government reinforces these disparities.”

On the Chancellor’s help for retailers and restaurants through business rates relief, the Labour leader says the proposal “only unpicks his own disastrous [rates] revaluation last year”.

think-tank @resfoundation believes Hammond bringing forward the higher income tax thresholds a year earlier (which he has just announced) will cost about £3.7bn and mostly benefit the well-off pic.twitter.com/HIqQVSL3T9

“In an atmosphere of unprecedented uncertainty and heightened political noise, the Chancellor has demonstrated that he is listening to business concerns by delivering a Budget that supports investment and growth.

“The Chancellor responded directly to the BCC’s calls for bold incentives to turbo-charge business investment, for steps to support high street businesses struggling with business rates, and for measures that cut the cost of apprenticeships for SMEs. Philip Hammond has sent important and positive signals to businesses across the UK, many of whom have been wavering on investment and hiring. Crucially, the Chancellor has avoided major increases to business tax to fund the government’s spending priorities, which would have undermined the confidence boost to firms from his commitments to supporting enterprise and growth.

“We are delighted that the Chancellor has listened to the voice of Chambers of Commerce and has boosted the Annual Investment Allowance to £1million. This will be a huge shot in the arm for businesses across the country, giving many thousands of firms renewed confidence to invest and grow.

“While today’s Budget measures were largely positive for business, the final and most important piece of the jigsaw is a comprehensive Brexit deal that gives firms the clarity and precision they need. The pro-business measures announced in the Budget will only yield their greatest possible results when paired with a Brexit deal that delivers certainty on the UK’s future terms of trade beyond March 2019.”

Reaction from Hitachi Capital Consumer Finance: Vincent Reboul, managing director comments: “Today’s business rates announcement will provide a much needed shot in the arm for the High Street ahead of April’s £180 million business rate hike. However, while the news will be welcomed by 500,000 smaller businesses, it is unlikely to do much to relieve the pressure on our larger retailers across the UK.

“The Chancellor must consider what the future high street retailer looks like, and provide a fair deal for all retailers whether they are online, bricks and mortar or a blend of the two. Our own study found that business rates are causing a concerning investment divide between online and high street retailers. While online retailers’ prioritise positive, revenue-generating investment opportunities such as new products (41% of respondents), bricks and mortar retailers are being forced into reactive approaches such as reducing operating costs (44%).

“A digital tax is a good first step to modernise taxation of large tech giants, but there is some way to go to create a tax environment that treats all UK business fairly, frees up capital for investment and provides the right conditions to stimulate growth across the whole sector.”

Reaction from City of London Corporation’s Policy Chairman: Catherine McGuinness said: “The Chancellor did the best he could do in difficult circumstances when setting the last Budget before the UK leaves the European Union. Charting a course for the UK’s public finances at this time is an almost impossible job. As the Chancellor has acknowledged, a ‘different strategy’ would be required to steer the economy through choppy waters if a Brexit withdrawal agreement cannot be agreed.
“A no-deal Brexit would be bad for taxpayers, business and the economy. It is in the interests of the UK and EU to secure a deal that maintains strong trade links. Getting this right could deliver a Brexit dividend for households and businesses on both sides of the Channel.”

Reaction from the Director at totaljobs:
Martin Talbot commented: “Today’s Budget proved hugely promising for both jobseekers and employers, with a target to deliver 800,000 more jobs in the UK by 2022. With the signalled end of austerity, predicted sustained real wage growth, and unemployment at its lowest rate in over four decades, now is an excellent time for candidates looking for a new opportunity.

“The £695m initiative to help small firms hire apprentices will enable more workers to learn vital skills in the industries they choose to specialise in, and will allow more employers to take on apprentices and provide necessary training and development for the younger workforce.

“We now expect employers to step up to compete for top talent and fight for the most skilled and in-demand individuals. Employees looking to make their next career move can take great encouragement from today’s announcement, and we will surely see candidates demanding much more from their potential employer as the UK jobs market continues to flourish.”

Reaction from money.co.uk: Hannah Maundrell commented: “The chancellor promised the end of austerity and while there were no unexpected giveaways to households, there were a few wins that may go a little way to boost Brits’ spending confidence and help Brexit-proof their finances for the year ahead.

“Boosting personal allowance to £12,500 and the higher rate threshold to £50,000 a year early will mean many of us pocket a mini payrise next April. Plans for tackling potholes, a new railcard for 26-30 year olds and a freeze on fuel duty and tax on craft beer, cider and spirits are all small wins for household finances.

“Ultimately the outcome of Brexit negotiations will determine whether spreadsheet Phil needs to pull something bigger out of his little red case”.