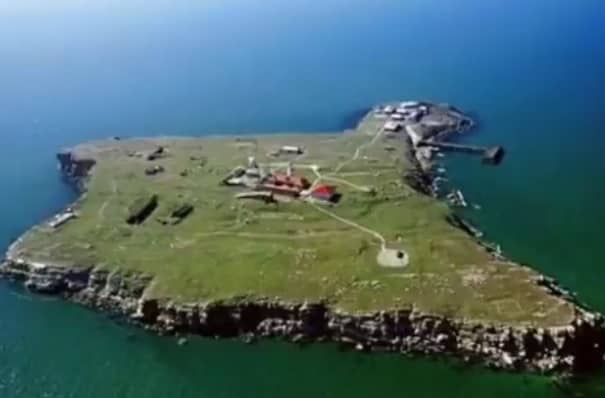 The Russian Defence Ministry have announced that a “gesture of goodwill” they have left the strategically important island in the Black Sea.

The Ministry have claimed that this demonstrates they are not hindering the United Nations efforts to organise a humanitarian corridor to allow grain to be exported from Ukraine to other countries around the world.

Moscow said, “This solution will prevent Kyiv from speculating on an impending food crisis, citing the inability to export grain due to total control of the northwestern part of the Black Sea by Russia.

“Now it is up to the Ukrainian side that is still not clearing the Black Sea coastline, including the harbour waters.”

Snake Island was made famous back in February as a Ukrainian guard defending the small island base was ordered by a Russian warship to surrender, he then told the Russian to “go f*** yourself.”

A group of Ukrainian border guards were stationed on Snake Island, in the Black Sea south of Odessa, when a Russian warship ordered them to surrender under threat of attack.

They held their ground. All 13 were killed. pic.twitter.com/GMRsXQRSX0

Kyiv confirmed the Russian withdrawal and hailed their forces for their efforts.

The Ukrainian military said on Telegram, “During the night, as a result of a successful military operation with our missile and artillery units on Snake Island, the enemy hastily evacuated the remnants of the garrison in two speedboats and probably left the island.

“Currently, Zmiinyi [also known as Snake Island] is covered with fire, explosions are heard. The final results of the operation are being investigated.”

“Our armed forces did a great job.”

“I suggest you lay down your weapons and surrender to avoid bloodshed and needless casualties. Otherwise, you will be bombed.”

The Ukrainian soldier who was manning the radio turned to his colleague and said, “This is it. Should I tell him to go f*** himself?”

He replied, “Just in case.”

The soldier turned up the volume on the dial and told the “Russian warship, go f*** yourself.”