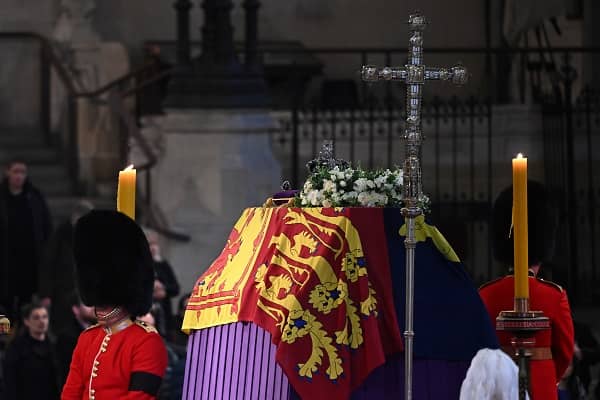 Anger brews some Chinese officials paid respects to the Queen lying in state, it’s ‘not acceptable’ they’re ‘not welcome’

The Chinese delegation are “not welcome” and the Speaker of the House of Commons will not welcome a “reception in Parliament” for the ambassador after MPs were sanctioned by Beijing.

BBC journalist Laura Kuenssberg noted that Sir Iain Duncan Smith expressed his anger in The Telegraph that some member of the delegation were able to pay their respects to the Queen.

Speaker Sir Lindsay told Laura Kuenssberg’s Sunday BBC show, “I can say nobody has been leaning on me at all – far from it.

“My view remains the same that we would not welcome a reception in Parliament and that’s when I stopped the Ambassador and the accredited Chinese from coming into the House of Commons.

“So let’s be clear: to hold a reception in the House of Commons when MPs and a peer have been sanctioned is not acceptable.

“My view remains the same and nothing has changed.”

The Speaker said, “This is not about the politics of the moment.

“This is about the grief that we all share, rather than being overshadowed.”

Sir Lindsay clarified his position, “But as I said and I repeat again: the sanction against those accredited officials remains in place and will remain so.

“There is a very easy answer: lift the sanctions, we can then look to see whether we should have a reception in Parliament.

“But this will not happen at the moment.”