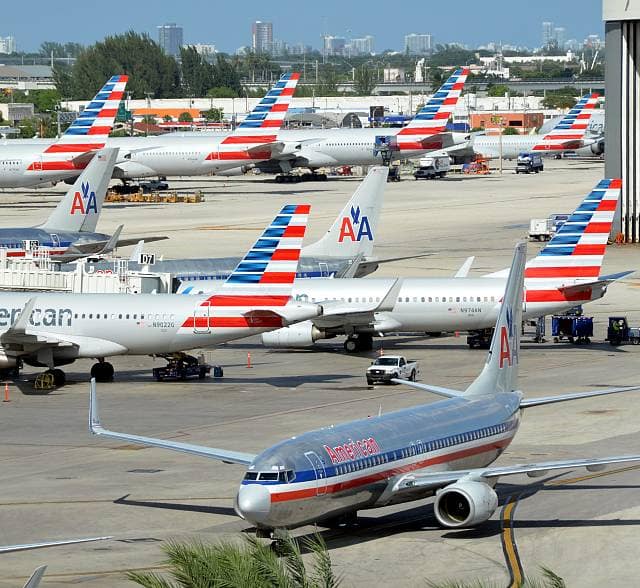 An American Airlines flight attendant has been suspended for allegedly hitting a mother whilst holding her baby with a pushchair.

A fellow passenger onboard the plane, Surain Adyanthaya recorded the incident who claimed that it all started when the flight attendant snatched the pushchair from the mother almost hitting the baby.

The passenger uploaded the disturbing footage on to Facebook and has been viewed more than 500,000 times.

In her post Adyanthaya wrote: “OMG! AA Flight attendant violently taken a stroller from a lady with her baby on my flight, hitting her and just missing the baby. Then he tried to fight a passenger who stood up for her.”

Adyanthaya added: “They just involuntarily escorted the mother and her kids off the flight and let the flight attendant back on, who tried to fight other passengers. The mom asked for an apology and the AA official declined.”

The video footage filmed on th eplane before the flight from San Francisco to Dallas shows the mother crying whilst holding her baby and she seems very distressed and was asking for her pushchair back.

A male passenger walks to the front of the plane demanding to know the name of the employee who had taken the pushchair from her.

Shortly after the man confronts the flight attendant and says: “You do that to me and I’ll knock you flat.”

He added: “You don’t even know what the story is.”

The passenger replied back: “I don’t care what the story is. You almost hurt a baby.”

The passenger alleges that the flight attendant “violently” took the pushchair from the mother.

The passenger returns to his seat and shouts: “I can see exactly what you did.”

American Airlines issued a statement Friday that said: “What we see on this video does not reflect our values or how we care for our customers.”

“We are deeply sorry for the pain we have caused this passenger and her family and to any other customers affected by the incident.”

“We are making sure all of her family’s needs are being met while she is in our care.”

“The actions of our team member captured here do not appear to reflect patience or empathy, two values necessary for customer care.”

” In short, we are disappointed by these actions.”

American Airlines upgraded the woman and her family to first class and took a different flight to Dalls.