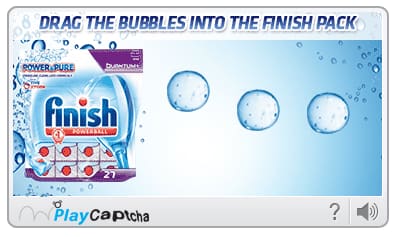 It’s been quite the week for Shoreditch-based Future Ad Labs.

Future Ad Labs has won multiple awards for its technologies, which you will recognise from your wanders around the web.

The company has improved the Captcha human test you must complete to submit certain forms, by integrating it with advertising.

Rather than just typing in skewed letters that you recognise, Future Ad Labs’ offering gets you to interact with an advert. The examples below make this clearer (click here if viewing on mobile):

Future Ad Labs was founded in 2012 by Howard Kingston and Andy Williams.

Its funding round was, as it happens, the first-ever “convertible” equity crowd investment round offered by Seedrs – known for short as the convertible.

The convertible means investors can convert the money they’ve invested in a business through Seedrs into shares for a discounted rate at a later date.

Its Seedrs round attracted almost 230 investors using the convertible, with investors ranging from people who invested £10 all the way up to institutional investor Passion Capital, which invested £90,000.