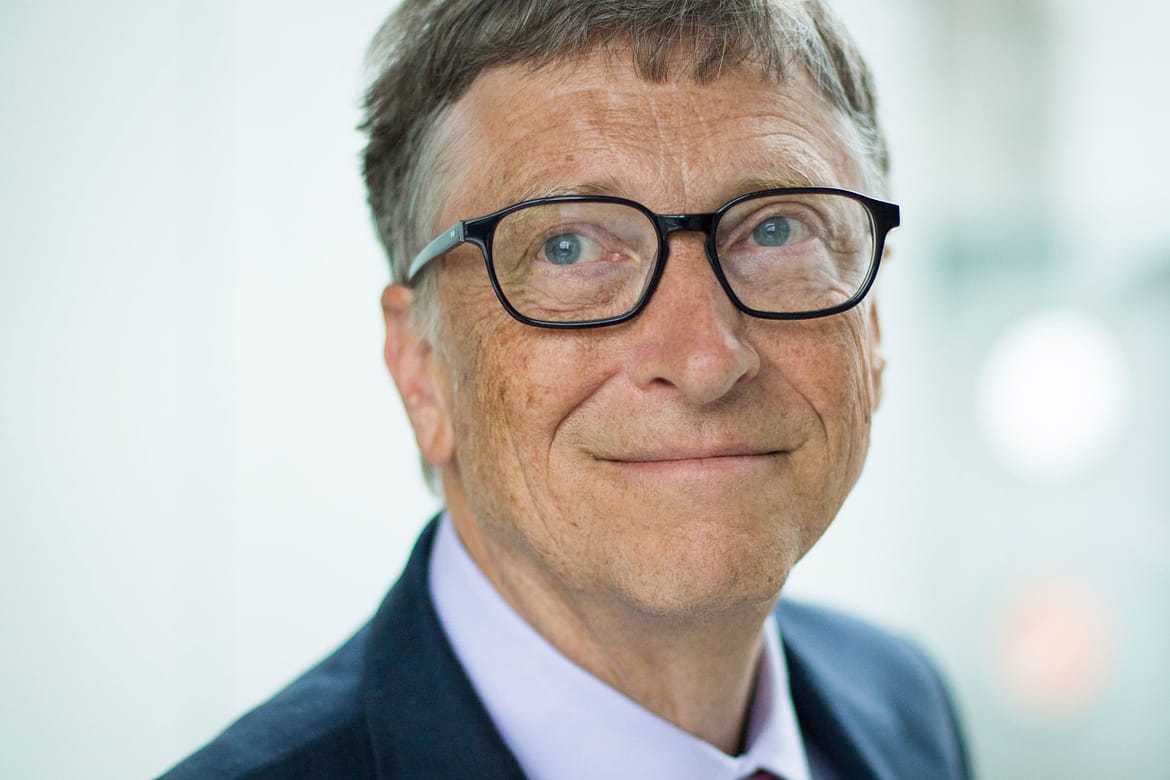 Source of Wealth: Gates rose to fame with his world-renowned tech company Microsoft. Although he stepped down as chairman in 2014 but remains as technology advisor and board member of the company he co-founded in 1975. He sells any shares in the business regularly and since September 2016 he owned 2.5 per cent of the company, this is where most of his fortune comes from with. He is also an investor in other businesses such as Canadian National Railway, tractor maker Deere & Co. and car dealer AutoNation. He’s also put a sum of money in startup Kymeta which focusses on building tiny antennas which are aimed at enabling satellite communication with any moving object.

One thing you didn’t know about him: As a young student at Lakeside Prep School, Gates wrote his first every computer programme, it was a version of noughts & crosses where you could play against the computer.

Source of Wealth: Ortega is the richest man in Europe and the owner of retail company Zara. Which also makes him the richest retailer in the world. In 1963 he started manufacturing textiles through a small family run business. He then became the co founder of Zara with his ex wife Rosalía Mera. During the mid 1980s Ortega was able to expand to Spain and even opened his very first shop in America in 1989. He also expanded his company into Massimo Dutti and Pull&Bear. Now he invests a lot of his money into real estate across the world which includes Madrid, Barcelona, London, Chicago, Miami and New York.

One thing you didn’t know about him: He worked for a shirt maker in downtown La Coruña during his teenage years.

Source of wealth: Buffett owns Berkshire Hathaway which is where much of his income comes from. He also has many other investments including in American Express and Coca-Cola and owns Geico, Dairy Queen and Fruit of the Loom. In July 2016 Buffett gave away huge amounts of Berkshire stock to the Bill & Melinda Gates Foundation and his family members’ foundations.

One thing you didn’t know about him: He says his best investment was buying Benjamin Graham’s legendary book, “The Intelligent Investor,” in 1949.4

Source of wealth: He’s known for having share in pan-latin mobile operator America Movil. He’s the largest shareholder of The New York Times and has almost a 17 per cent stake in the business. He also owns a hefty stake in industrial Grupo Carso, financial venture Grupo Financiero Inbursa and infrastructure development and operating company Ideal.

One thing you didn’t know about him: In Mexico, Slim is “Mr. Monopoly”

Source of wealth: Bezos is the chief of Amazon and the online retailer’s shared soared due to Amazon’s Cloud Computing unit and Amazon web services. He quit his New York hedge fund job back in 1994 to follow his passion of wanting to sell books online. Now the website sells pretty much anything and everything. Bezos also has a huge love for space travel. He owns a company called Blue Origin and is currently developing a reusable rocket that will carry passengers.

One thing you didn’t know about him: Bezos is a big Star Trek fan and in the most recent film which was released in July 2016 he played a small part as an alien face Starfleet official.

Source of wealth: Zuckerberg is best known for his social media platform Facebook but more recently this year him and his wife Priscilla Chan said they wanted to spend their fortune to fight, cure or prevent all diseases by the end of the century. They want to spend the money over the next decade. Facebook is also making billions just from mobile ad sales. In March 2016 Zuckerberg also bought Oculus Rift for $2bn. The virtual reality head sets are now currently being shipped world wide.

One thing you didn’t know about him: He suffers with red/green colour blindness which means he can mostly only see blues.

Source of wealth: Ellison is best known for software giant Oracle. He’s currently trying to expand his small but growing business and is in direct competition with Amazon’s successful web services division. Ellison is not longer the CEO of the company but is still Oracle’s chief and chief technology officer. He began with creating databased for the CIA before launching Oracle in 1977 and made it public a day before Microsoft in 1986.

One thing you didn’t know about him: He recently donates $200m to The University of Southern California for a cancer research and treatment centre.

Source of wealth: Former New York Mayor is known for his work for Bloomberg LP and his sales are up by 3 per cent bringing a boost of $6.4 billion. Bloomberg is well know for donating substantial amounts of money to gun control, climate change and other causes. He own 88 per cent of the firm he founded which in 2014 had $9bn revenues. He also recently became an ambassador for the World Health Organisation.

One thing you didn’t know about him: He worked as a parking lot attendant in college to help pay for his tuition.

Source of wealth: David works with his elder brother Charles and shares control of Koch Industries which is the second largest private company in the US. The business began in 1940 when their dad Fred Koch improved the method of refining heavy oil into gasoline. Oldest brother Charles took over the firm in 1967 after his father’s death. The firm later expanded into a $100bn conglomerate.

One thing you didn’t know about them: Charles Koch was a workaholic who finally got engaged at 37.

David Koch held the MIT record for most points scored in a basketball game for 46 years, and graduated the university as its all-time scoring leader.

Source of wealth: Bettencourt is best identified with famous hair brand L’Oréal, Bettencourt and her children own 33 per cent of the business that her father Eugene Schueller founded way back in 1907. Her grandson Jean-Victor Meyers replaced her as board director due to her ill health with dementia.

One thing you didn’t know about her: She became involved as an apprentice at her father’s company at age 15. She founded the Bettencourt Schueller Foundation with her husband and daughter.