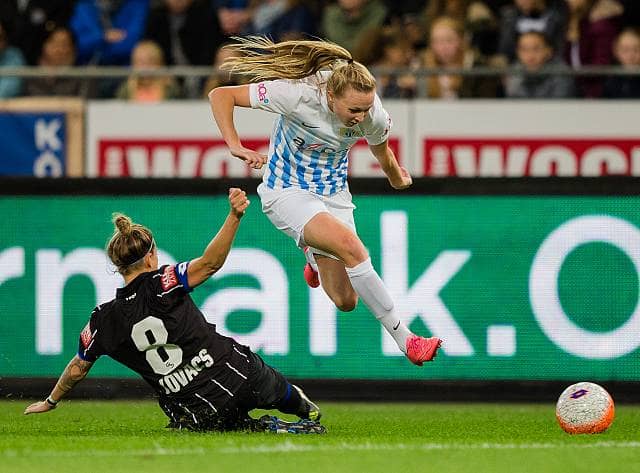 The past few weeks have promised so much as a showcase for English football on the international stage: Four Premier League clubs in the finals of the two major European club competitions seemed tantalising.  If those two fixtures were set up to be a Michelin starred starter and main, then the cheeky dessert we know we shouldn’t have, but find room for anyway, might have been the English national side’s progression into the last four of the inaugural Nations League finals in Portugal.

As a display of English footballing prowess, those games turned out to be more famine than feast; in terms of the Champion’s League kick about certainly nothing to rearrange your wedding proceedings around, as some couples reportedly did.

The saving grace, and by far the best international advert for our game was the highly entertaining derby clash between England and Scotland in the Women’s World Cup, a competition that continues to delight. As the Mirror observed after the game, a TV audience of 6.1m viewers tuned in to watch; a higher audience than the last X Factor final.

Compare that to the 1.2m who watched the England men entertain the Swiss the day before. Going back to the Euros in 2017, over four million people watched England Lionesses heart breaking exit in the semi-finals at the time, a record TV audience for female footy. It was the most watched soccer match in the USA ever. It seems that the beautiful game as represented by the women is a fast-evolving phenomenon and audiences are paying ever more attention. For this observer, at least a part of the reason behind this are the players, they somehow seem more real than their male counterparts:

If I reflect on the comments of Kelly Smith, one of the finest England internationals of her generation, in conversation with Marzena Bogdanowicz of The FA at a Women’s Sport conference we organised at the London Imax last year: Kelly spoke to the aloofness of male football stars, describing them as unavailable, by comparison to the women who were closer to their audiences and more prepared to showcase their personality on and off pitch. One has only to think here of any TV interview by a male pro, stage managed to a point in which detecting any hint of personality would defy the finest detective.

By contrast, Kelly’s description of her early experiences as the star performer in an all boys’ team, and how she was forced out of the league on account of her gender showed both purpose and authenticity – two qualities that chime resoundingly with modern audiences. The back story to the England ladies encounter with Argentina over the weekend was similarly ripe with dramatic tension – a seeming battle between the haves and have nots.

The Argentine FA refused to support their national side between 2015 and 2017. Consequently, there were no fixtures at all in those two years, and when some money was eventually found for a friendly against Uruguay the entire squad had to sleep on the team coach. Travel expenses were not included. It’s a miracle they actually qualified at all. By contrast, Phil Neville has spoken in radiant terms about the FA’s backing of the Lionesses.

While this state of play highlights the continued inequalities in the worldwide game at every level, the Argentine situation is classic overcoming all odds storytelling; a potential content creators’ hot ticket. It’s easy to spot the opportunity for a potential sponsor to use the rich seam of narrative to tell an aspirational brand story.

Indeed, many brands are beginning to take their eyes off the men to see what all the commotion is over on the ladies’ bench. New research from this year’s MKTG Frontier report, conducted in association with Think! Sponsorship and the European Sponsorship Association indicates that money is starting to follow women’s sport, and this will have a game-changing impact. The survey of 300 sponsorship professionals revealed that 50% of respondents are expecting to see growth in sponsorship in women’s sport while 70% have noticed an increase in the media attention needed to provide a nationwide or global audience for their brands. There was a 44% increase on the same question in our 2016 report, with 63% of the 2018 brands surveyed saying that more consideration should be given to investing into women’s sport.

Russ Fraser the Women’s Team General Manager at West Ham United confirms that life in this particular area of his job has been getting easier of late.

Fraser said, “The biggest difference I’ve seen regarding sponsorship in women’s football over the past few years is that brands are now approaching clubs, rather than the clubs having to approach and persuade brands. Getting to this year’s FA Cup Final at Wembley boosted interest in brands and sponsors wanting to work with West Ham United Women. Professional Women’s football has huge potential and I can only see more brands and sponsors wanting to associate themselves with the Women’s game, as it continues to grow.”

As we all know, VISA were the first to leap striker like onto this ball as the opportunity sat up perfectly for a half volley into the top corner. Their announcement in December 2018 of a 7-year deal with UEFA included the rights to the Women’s Champions League, the Women’s Euros and Together #weplaystrong UEFA’s marketing platform to encourage more girls to pull on their shooting boots. VISA cited the fact that over 21m European women play football as key to the decision to get involved – their new ambition is to make football the most played female sport.

The fact that European clubs currently occupy all but one of the six top spots at the World Cup group stages may help see that day arrive sooner than anticipated.  Not only does this show that brands who act now can capitalise in lots of unexpected ways on the zeitgeist moment, but it also offers a way to benefit from the learnings of long term sponsorship in the men’s game; investment in men’s football arose from mere badging exercises, the let’s just stick our name on all the existing assets approach for just one channel TV.

Though badging is an exercise largely frowned upon now, it has undeniably shaped present-day behaviour in the way sponsorship gets done. Some sponsors do tend to focus on the numerical return at media, and there are big rights holders who are happy to play that ball game. Whereas in Women’s sport it could be very different. Sponsors could take an active role in shaping the activation rights with the rights owners because they are engaged at early stages talking to the source, right now female football emerges out of the shadow of the men.