Home Sponsored Content Why your business model is doomed 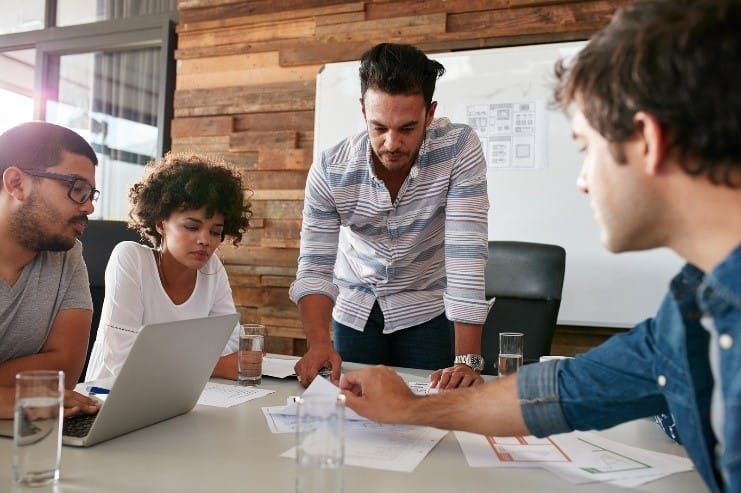 Why your business model is doomed

So you think you’ve got a pretty hot business model? I hate to be the one to break it to you, but your business model is pretty much doomed.

Firstly, you can’t keep up this pace. And you know it. Deep down you admit that you’re overly reliant on finding your next client, on winning the next big contract, because you don’t have enough steady repeat business. Jean Tang, boss of New York creative agency MarketSmiths, eventually realised she couldn’t keep selling the way she did when younger, and changed course in time – but will you?

Meanwhile, you’re being outpaced. Your customer’s needs and pain points are changing so fast that by the time you’ve addressed them, they’re history (or someone else has beaten you to it). Even if you do get there first, competitors are doing it cheaper. Monitise was rated one of the most exciting fintechs around, right up until the year its shares crashed 96 per cent. Yet some were predicting its failure as far back as 2008, pointing out that its paid-for services were available free elsewhere. Are you charging a pound to solve a 50p problem?

Or maybe you do great marketing but don’t do the sums. Like Rachel Brown of Need A Cake bakery, who in 2011 used Groupon to offer a 75 per cent discount on a dozen cupcakes. The offer was such a terrifying success that it wiped out the whole year’s profits, because the sudden huge increase in overheads meant she lost around £3 for every one of the 8,500 batches sold.

Your business model worked in Australia, you say? Sorry, Australia isn’t here. Purplebricks learned that the hard way. When the virtual estate agent tried to set up down under, it didn’t consider the differences in Australian property market, with its emphasis on auctions. Agents using the service struggled to make money, and the company announced this year that it was pulling out.

But let’s say the market really is right. Chances are, it’s weighted against you in favour of bigger names. When Mars ice cream launched in 1988 it faced a major roadblock: nearly all the shops selling ice creams had freezers supplied by the big manufacturers (e.g. Wall’s) and could only stock those brands. It wasn’t until the European Commission declared this practice uncompetitive that Mars (and many other smaller ice cream makers) got a fair bite of the lolly.

What if you’re just so good that you can overcome all of the above? Chances are, you’ll end up putting yourself out of business by inventing your own replacement. Famously, it happened to Kodak. Like Kronos, the original Mad Titan overthrown by his son Zeus, Kodak created the thing that would destroy it. The first digital camera was the brainchild of Kodak engineer Steve Sasson, way back in 1975, and Kodak went on to found many additional technologies that are still used in digital snaps today. But the photography giant just had too much invested – both financially and emotionally – in film, so stubbornly refused to commit to digital. Inevitably, this unloved child eventually rose up and slew its parent, and Kodak filed for bankruptcy in 2012.

For every Kodak, there’s a Netflix. Netflix’s original business model died years ago. At one stage, the company was doing so badly that it offered to sell up to Blockbuster (oh, the irony). But by innovating and taking the right risks, Netflix rode the wave of new technology, transformed its model, and now means ‘home entertainment’ as much as Kodak once meant ‘camera’. Netflix embodies one of the most vital lessons a CEO can learn: if you snooze, you lose. So keep your eye on your market and your ear to the ground, and make sure your business model is one that moves and adapts with the times. Because – and this is the real point – it’s only a model.

Speaking of which, here are our favourite tips for building and understanding your own business model.