Home Business Insights & Advice Why is Gibraltar an IGaming Hub? 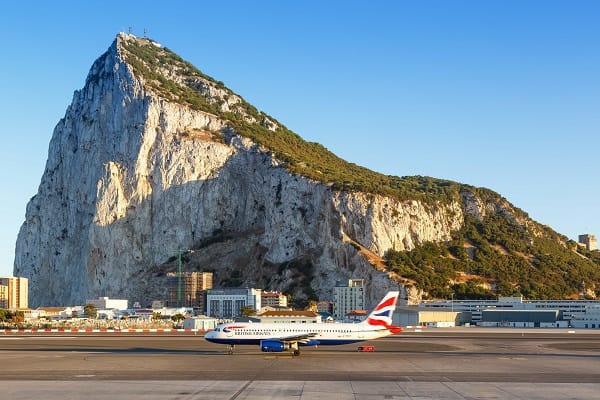 Why is Gibraltar an IGaming Hub?

It is no secret that Gibraltar is one of the world’s leading gaming jurisdictions.  And for a good reason!  This tiny region south of Spain has made several smart moves in the iGaming industry.

In fact, ever since iGaming existed, the region has made clever choices, for example, enforcing a strictly regulated licencing process for gaming companies.  As well as this, Gibraltar takes a more open stance on gaming and has done so historically too.

Ever since the settlement of its first gaming company in 1998, its industry has been booming.  After taking on one company, dozens of others followed.  And many of the leading software providers, such as BetVictor or Pragmatic Play, would come with an extensive catalogue of games.  Indeed, this small region has made the most of its part in the iGaming industry.

We will look in this article at how and why Gibraltar became an iGaming hub:

A short history of Gibraltar as a gaming hub

For decades, Gibraltar has led the iGaming industry.  This began in 1998 when the region took on its first iGaming company: BetVictor.  This would turn out to be one of the best choices it could have made, as gaming companies began to flock to Gibraltar afterwards.  Why?  For one thing, the timing was right; this was when people were starting to gain a true interest in online gaming.  The industry itself was beginning to see growth.  And Gibraltar decided to capitalize on this.  It was a great decision, as it led to a jurisdiction with 35 gaming operators as of 2017.  And this dramatic growth doesn’t seem to be slowing down.

One of the things that attracted gaming companies to Gibraltar, and continues to be an attractive element, is its tax system.  Similarly, to the UK, companies can benefit from tax laws.  Interestingly, the UK is seeing growth in its iGaming industry too.  Even though these companies can spend a small fortune on advertising, their tax savings mean that it is a great financial idea.

After Gibraltar took on BetVictor in 1998, this was not the end of famous betting companies.  Among the 35 gaming companies, today are Ladbrokes, IGT and Tombola, and many more.  What initially attracted companies to the area might have been financial details like Gibraltar’s tax system.  However, something that is sure to attract companies is even simpler.  It’s when they see that a number of other companies in the industry are moving to a certain area.  And with big names like BetVictor and Ladbrokes, it’s no wonder that Gibraltar is an iGaming hub.

Another key part of Gibraltar’s success as an iGaming hub is its take on licencing regulation.  Instead of letting just about anyone become licenced as a games operator, the region takes a different stance.  The regulation is, in fact, very strict; anyone who wants to become a licenced games operator must follow a tough process.  They must create and put forward a business plan and outline their business experience.  Whether they get licenced or not also depends on the reputation of their business.  This choice to regulate so harshly might at first seem bizarre.  However, what it does is strengthen the trust of those that partake in iGaming, as they know that they can trust these companies.  So, they keep returning, boosting Gibraltar’s position as an iGaming hub!

One of the final important reasons why Gibraltar is an iGaming hub is that it respects gaming.  The government there can support and encourage new gaming companies.  This helps as it encourages people to play instead of shunning the activity.

What to expect from the future of gaming in Gibraltar?

The future of gaming in Gibraltar looks bright. It is easy for this area to attract new business to the region, as so many companies have already moved there.  This only goes to show other gaming companies that this is the place to be.  As well as this, Gibraltar shows itself to be the go-to iGaming hub in its strict licencing regulation.  It does not only attract gaming companies but the clients of these gaming companies.  With so many advantages and an abundance of opportunity, Gibraltar is a prime location for iGaming operators of all kinds.

Being the first country to have an iGaming industry, it’s no shock that Gibraltar is the world’s leading iGaming hub.  Despite its status as one of the smallest countries in the world, it has made a name for itself in the gaming industry.  Its focus on gaming companies and the clients of these companies makes it a trustworthy region for people to partake in iGaming.