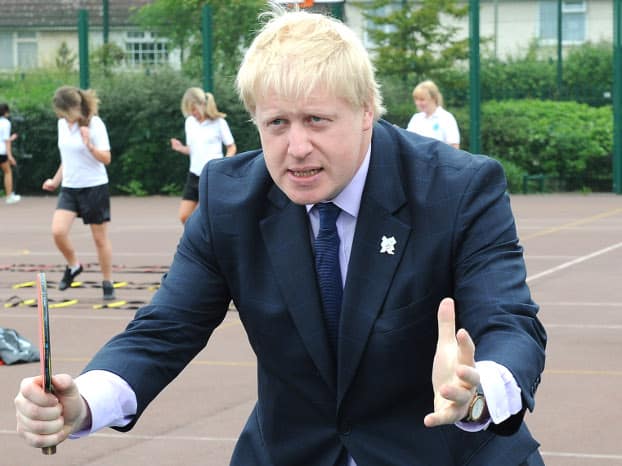 “I feel very nervous clearly because she seems to be very good. Well, she claims to be very good,” said the Mayor at Ealing Studios yesterday, after announcing a £750,000 investment in London’s TV and film industry.

“But I’m very happy to do this because it’s a chance to promote what we’re doing with sports legacy London.

“We have greatly increased the number of people doing sports. If Pippa’s kind offer can be used to promote that then I’m all for it,” he added.

All the Ping-Pong banter got the Mayor confused as to whether Pippa is the Duchess of Cambridge.

“Pippa Middleton. She’s a duchess is she? Or isn’t she just a sister of a duchess?” he asked.

The Mayor was also seen trying to direct an animation scene in the special effects studio founded by Andy Serkis, who played Gollum in The Lord Of The Rings film saga.

“Would I be interested in being in a film? You betcha. But no one’s curiously made me an offer. I think the movie industry is moving along without me at the moment.

“Who would I have to play me? You mean, apart from Brad Pitt obviously,” he joked.

Speaking about the investment in the TV film industry, Johnson said, “We want to make sure we’re not losing money to places like Hungary or Ireland where they are making TV shows that could well be shot in London.

“London is now one of the biggest filming cities in the world and we are now going to see the same thing with TV and games-making as well.”