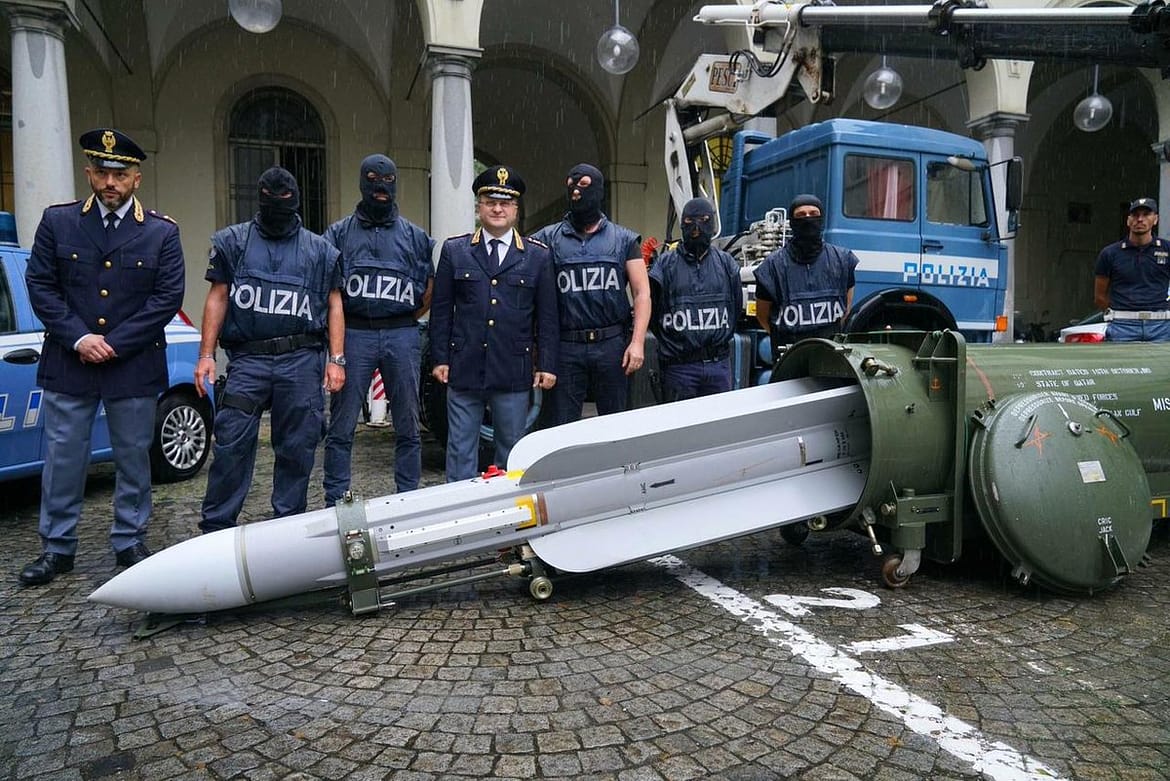 Italian anti-terror police found an air-to-air missile along with an enormous stash of automatic weapons during raids on far right terror groups in Turin.

A French missile was found during another raid at an airport hangar to which it is believed they were trying to sell.