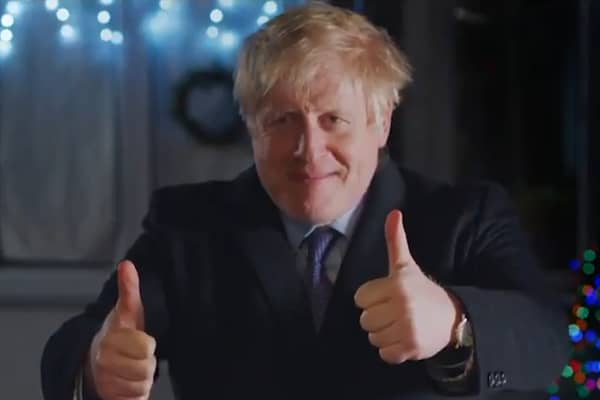 Actor Hugh Grant has given a withering response to Boris Johnson’s Love Actually spoof campaign video to vote for the Conservatives.

Grant who played the prime minister in the 2003 British Christmas themed romantic comedy, told BBC Radio 4s Today programme, he noted that there was the absence of a card that said tell the truth.

Grant said, “I thought it was quite well done, very high production values, but clearly the Conservative Party have an awful lot of money. Maybe that’s where the rubles went.

“But I did notice that one of the cards from the original film that he didn’t hold up was the one where Andrew Lincoln held up a card saying, ‘Because at Christmas you tell the truth.’

“And I just wonder if the spin doctors in the Tory Party thought that was a card that wouldn’t look too great in Boris Johnson’s hands.”

Johnson’s version of the 2003 film is called Vote Conservative Actually, the prime minister holds up two placards that says, “With any luck, by next year we’ll have Brexit done (if Parliament doesn’t block it again).”

Johnson posted the spoof video on Twitter on Monday evening.