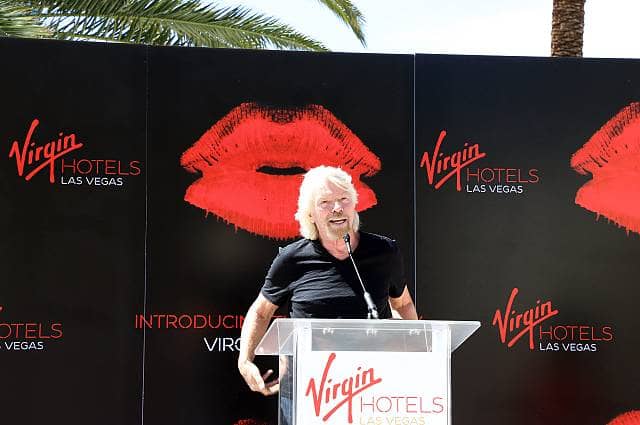 Billionaire Richard Branson’s Virgin Galactic took off from California’s Mojave desert today for a mission that, if successful, would mark the first US human flight beyond the atmosphere since the end of America’s shuttle program in 2011.

In the first steps before a high-altitude rocket launch, Virgin’s twin-fuselage carrier airplane holding the SpaceShipTwo passenger spacecraft took off soon after 7 am local time from the Mojave Air and Space Port, about 90 miles (145 km) north of Los Angeles.

Branson also attended the take-off along with hundreds of spectators.

Virgin’s latest flight test comes four years after the original SpaceShipTwo crashed during a test flight that killed the co-pilot and seriously injured the pilot, dealing a major setback to Virgin Galactic.

“We’ve had our challenges, and to finally get to the point where we are at least within range of space altitude is a major deal for our team,” George Whitesides, Virgin Galactic’s chief executive, told reporters during a facilities tour on Wednesday in Mojave, where workers could be seen making pre-flight inspections of the rocket plane.

Lovely shot of takeoff! WhiteKnightTwo and SpaceShipTwo take to the skies pic.twitter.com/JFcSDVB9jR

Japanese billionaire searching for ‘life partner’ to the moon