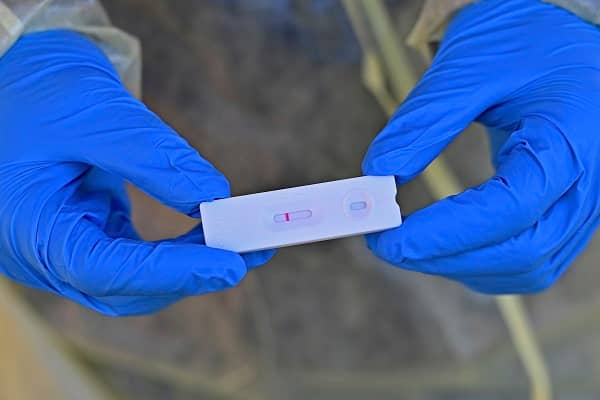 US Consumers might have jumped on the opportunity to grab a cyber-Monday bargain according to industry data, but that doesn’t mean the US consumer is feeling any less worried about the state of the economy.

In fact, the latest temperature reading of consumer confidence is pretty frigid, down on the month before, as households feel the force of price hikes in staples like food and the price they’re paying at the pump.

Investors are, for the most part, giving retail a bit of a cold shoulder too, with shares in Target, Amazon, Walmart and Macy’s all down a touch at mid-morning eastern.

AJ Bell’s Russ Mould said: “There’s no doubt shoppers are hunting for ways to make the cash they’ve set aside for gift buying go further and the sound of tills ringing will be soothing to the ears of retailers. But they’ll also be thinking about those margins and wondering how much inventory they’ll have to mark down once the last of the Christmas wrapping has been shifted to the recycler.

“The anticipation of slower interest rate hikes by the US Fed and a hoped-for relaxation of zero-Covid measures in China have provided positive momentum on markets today, but there’s little doubt that inflation is going to hang around at higher than optimal levels for some time to come and that higher interest rates will dampen spending into 2023.

“Investors will need to be made of stern stuff going into the new year. Volatility has been ahallmark of 2022 and the word looks set to remain an analyst favourite into the New Year and beyond.

“Playing into that nicely is the rally from both the oil price and oil and mining stocks. One investors decision to dump is another’s opportunity to bag a bargain, a cycle that’s been going round and round like one of those long-playing records so in fashion for vinyl afficionados.

“On the FTSE 100 BP, Anglo American and Rio Tinto were three of the big risers, whilst over on the more domestically focussed FTSE 250 EasyJet was in decline despite what it called a‘record bounce back’. Losses are narrowing and holidaymakers are trading down, but there are still strong headwinds for the airline to battle against.

“It was John Wood Group that was the biggest faller of the day after guiding for continued revenue decline in 2022. The company’s CEO was upbeat about the long-term prospects and the turnaround plan which should see it ideally placed to grab opportunities from the UK’s evolving energy infrastructure network. But abird in hand is something to be valued in today’s uncertain times and investors are skittish about promises until they’re proven to be deliverable.”