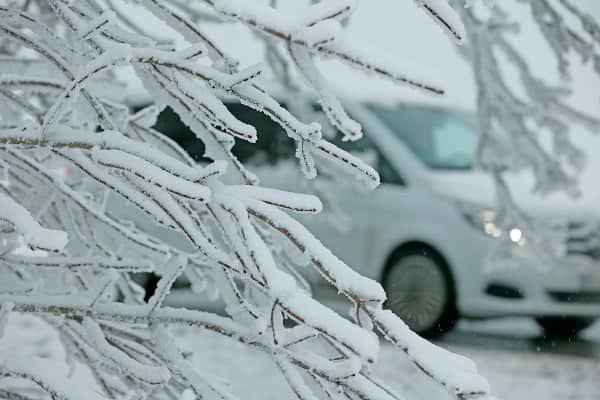 Parts of the UK will be hit with a bone chilling -17C next week and over the weekend a “band of snow” will sweep across the country.

There will be a surge of warmer air coming in from the south and after this the UK will be hit with a Polar blast of Arctic air.

Exacta Weather’s James Madden said, “Despite the milder forecasts which have started to emerge over the past few days, we are seeing some significant trends to colder conditions winning out.

“Weather models have recently changed to suggest early indications of a prolonged mild spell later in the week were overcooked.

“There is now growing confidence in a continuation of very cold conditions, with any rise in temperatures likely to be minimal and restricted to the south.

“What is more likely is for a significant band of snow to sweep the country though the weekend.”

Madden added, “The models are starting to grow in confidence for another bout of more widespread snow just around the corner.

“There is much more snow in the forecast for the remainder of December, with any mild blips likely to be temporary.

“The widespread snowfall could come as early as this weekend, or even earlier, and if these models firm up, parts of the country could see heavy snow by the end of the week.”