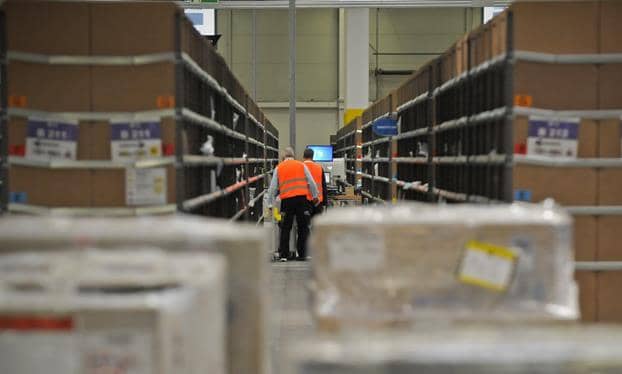 Despite uncertainty surrounding the terms of Brexit, small British businesses are increasingly optimistic about international trade – especially with Europe. In fact, the majority expect to increase overseas sales in the next year, according to data released today by international payments company, OFX.

OFX’s annual survey of 500 small business owners and senior managers found that 62% feel confident about doing business outside the UK. In addition, the majority of small businesses (46%) said that Brexit-related uncertainty around the UK’s future trade deals and customs arrangements had no effect on their appetite for international trade, with only 15% reporting that it had reduced their interest.

Their confidence is not just talk:

Europe regains popularity as an export market, while the Commonwealth splits opinions

Surprisingly, with just nine months until Brexit and continued uncertainty around its outcome, Western Europe became SME respondents’ favoured export market this year, with the USA falling dramatically in popularity.

It was a completely different story last year, as small businesses looking abroad for growth singled out the USA as the most attractive market for exports (62%), with Western Europe lagging far behind in popularity at just 20%.

“More than a year after Article 50 was triggered, small businesses have learnt to live with Brexit uncertainty, and refuse to let it limit their European ambitions. Despite the slow progress of Brexit negotiations, businesses are increasingly optimistic about trade with Western Europe – suggesting a desire to keep calm and carry on with international business, along with a quiet optimism that all will be well.”

This year, more than half of small businesses trading internationally (53%) said that their company’s ‘Britishness’ is a valuable asset when selling goods and services outside the UK. This was particularly true for companies exporting to New Zealand (74%), Australia (60%) and the USA (65%) – but also, perhaps surprisingly, to Russia (64%).

The appeal of ‘Brand Britain’ was also a major motivator for upping exports. Almost a quarter (24%) of small businesses planning to start or increase international sales in the next year said that their main reason for doing so was the growing international appetite for Brand Britain.

Though confidence in trading internationally is growing, businesses outside London want more support when selling overseas

Though the overall findings were positive, this year’s survey uncovered a regional disparity in small business’ confidence around international trade. In England, 72% of small businesses said they feel confident about doing business overseas – but this fell to only 40% in Scotland, 48% in Northern Ireland and 58% in Wales.

In addition, the majority of respondents in Wales (50%), Northern Ireland (46%) and Scotland (36%) believe that there is not enough support available to small British businesses trading internationally. Outside London and the West Midlands, this finding was replicated across England – in marked contrast to the result from London, where 63% of small businesses said that there is enough support on offer.

Joshua Williams, co-director of Welsh menswear company Tails and the Unexpected, sells British-made clothes online from the company’s base in Penarth, near Cardiff. He says:

“My father founded our business almost forty years ago as a stall in a Cardiff antique market. Today, we make almost all our sales online, with more than half our customers based outside the UK. Local heritage and family history are both central to our brand, and we’re lucky that the internet has made it possible to grow our business abroad without losing our Welsh roots. We have sometimes had to travel for specialist guidance, but it’s a minor inconvenience when compared to the huge advantages and quality of life we gain by running our business in Penarth.”

“The rise of marketplaces like eBay and Amazon means it’s now easier than ever for small businesses to start selling overseas, no matter where they are based. This year, events like the Royal Wedding have shown that there’s a real opportunity to tap into the global appeal of Brand Britain. London brands don’t have the monopoly on ‘Britishness’, so I’d expect businesses across the UK to leverage their unique heritage and boost their international sales in the next twelve months.”

Many SMEs face a cash crunch as a direct result...