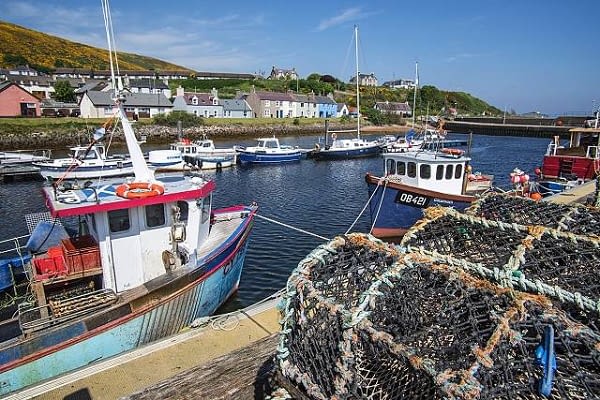 UK fishermen warned of ‘flashpoints at sea’ over rights to fisheries

The UK government and British fishermen have been warned by Ireland that there will be “flashpoints” at sea if Brussels and London cannot agree on a fisheries agreement post Brexit.

British fishermen will face “flashpoints” between the Irish, Dutch, Belgian and French fishing vessels as they will lose all rights to British waters, if no deal is reached.

Scottish fishermen have reported many times that EU veseels are attempting to keep control of UK’s fishing waters.

Last month a German-registered Spanish gillnetter fishing vessel tried to damage a Scottish vessel off the Shetland’s western coast, which was filmed.

The vessel was later detained by a naval patrol ship, also for separate alleged breaches of EU fisheries regulations.

Sean O’Donoghue, CEO of the Killybegs Fishermen’s Organisation, said, “It’s not just Ireland that is affected by the British withdrawal from the Common Fisheries Policy though, as I believe the French fleet will up the ante.

“You could have flashpoints everywhere from Rockall to the North Sea to the Celtic Sea and English Channel, with the British Navy, the Scottish Fisheries Protection Agency, the Dutch, French and Belgian navies out at sea, and our Naval Service having an enormous area to control.”

The founding editor of the fishing industry’s monthly, The Skipper publication Arthur Reynolds has said that Ireland should be provided with greater access to their waters. The Brexit negotiations should include Ireland and there must be a review of the EU Common Fisheries Policy (CFP).

Reynolds added, “Ireland’s moral right to greater access to its own waters must be central to any Brexit negotiations.

“Ireland and Denmark were the only two member states with a surplus of fish when the CFP was drawn up.”

Brussels are demanding access of the same levels of fishing rights to British waters, but Boris Johnson has remained firm and has insisted that no foreign fishing boats will legally be allowed in our waters after 31 December 2020.

Fisheries biologist Dr Peter Tyndall of the National Fishermen’s Development Group further argued: “So, if Britain wants to play hardball, then the quotas given to the British-registered Spanish vessels for stocks off the Irish west coast should revert to Ireland.

George Eustice the government’s fishing minister gave a stern warning to the European Union in May, that the British Royal Navy will be sent out to protect UK waters from EU fishing trawlers.

This comes as fears are growing of a French blockade as, Emmanuel Macron the French president in May declared war over fisheries. He warned, French fishermen will block all cross-Channel ports if the British government does not agree a fishing trade deal with the EU.

Amélie de Montchalin, the French Europe minister also warned, if there is no fishing deal with the EU negotiations, then fishing will become a “very nasty battle” which may collapse the whole trade deal.

The director of marine and fisheries, at the department of the environment, food and rural affairs (Defra), Neil Hornby said, Border Force vessels will be brought in also, if necessary.

There will also be aerial surveillance along with a Royal Navy and Border Force vessels presence in UK waters.

Eustice said, “We have significantly increased our enforcement capability.

“We think that is sufficient.”