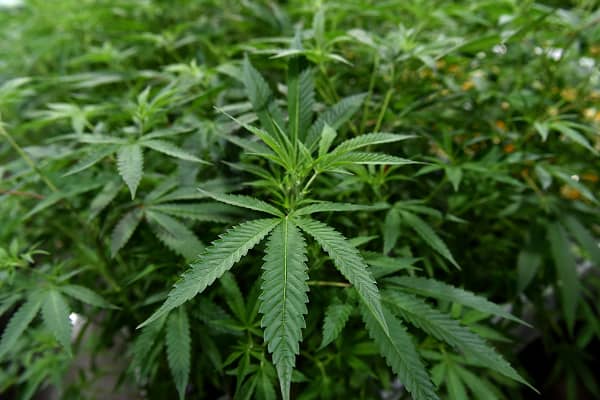 UK eases restrictions on medical marijuana: What this means for businesses

When we take a look at where business is out in the UK, we see that we’re in a period of massive changes. Even sectors that have traditionally had stable performance are starting to make big changes as new opportunities pop up on the horizon.

One of the biggest shakeups heading our way is the changing regulations for medical marijuana. The UK has lagged behind some other nations when it comes to changing restrictions for legal cannabis. As things start to loosen up, we’re going to see some major opportunities for companies.

There are a few important reasons why your company needs to understand how the changing restrictions on medical marijuana is affecting business in the UK.

Restrictions for the possession of cannabis in the UK have been loosening up over the last few years.

This includes decriminalisation efforts. These have focused on reducing criminal penalties for possession of cannabis. This is a common precursor to a wider legalisation effort.

There have also been expansions in the medical cannabis industry. The UK is quickly catching up to other places like Canada and the United States when it comes to their approach to medical cannabis.

The UK might have just rolled out its legal medical marijuana card system, a widespread public approval is creating pressure for a broader legal cannabis industry.

There are some pretty big changes already happening when it comes to cannabis businesses in the UK. Sana Life, a UK cannabis distributor, has already succeeded in raising millions of pounds for its business.

Here’s a few of the main drivers for these changes.

Decriminalisation is on the rise

There’s also an increase of what we call backdoor decriminalisation. This is decriminalisation that happens outside of official government policies, what happens behind the scenes in Internal Documentation. We’re seeing police across the UK shifting their focus away from class B substances even when there isn’t official legislation directing them to make these changes.

Public opinion is always a powerful marker for where businesses should look for the future. The public perception of cannabis is changing rapidly in the UK and it’s changing in favor of legalisation.

This number is only likely to increase as demographics change and public perception of cannabis comes in line with other countries.

People in the UK are seeing the positive benefits, both in terms of medical marijuana as well as public policy, that have been seen in other places in the world. They’re looking to get those same benefits at home.

Medical marijuana has also become much more accessible in the UK. We’ve seen a lot of success with policies like the CanCard and medical cannabis prescriptions from specialised clinics.

This increase in medical marijuana accessibility is going to open doors for businesses. This is both in the medical sector as well as in other areas of business. One example is cannabis vaporizers.

It’s still technically illegal to smoke cannabis flower in the UK even with a medical marijuana prescription and CanCard. This means that individuals who are prescribed cannabis flower will need to use a vaporizer to get around this legislation.

There’s also more attention being focused on the areas that cannabis can have a positive impact. More scientific evidence is emerging for cannabis as a treatment for epilepsy, anxiety, and chronic pain.

As more evidence emerges and medical marijuana becomes more accessible, there’s going to be more opportunity for businesses to engage with this market.

The market for legal cannabis has also been shifting across the world.

North America is one of the biggest booming sectors when it comes to legal cannabis. The United States especially has seen massive growth when it comes to not only the legal marijuana industry, but also secondary industries that support this growth.

However, we don’t have to go overseas to see the massive growth happening for legal weed. The market cap for legal cannabis products is set to exceed 3.2 billion euros by 2025 in the EU.

This is a massive surge and growth which means there’s also a massive potential for companies to jump in on this booming market.

How this affects your business

The last few years have been incredibly difficult for companies across the world. Most sectors have seen losses, even negative growth over the last several years, especially during the pandemic. However, cannabis has been one of the few sectors that have seemed consistent growth despite the overall downturn.

In Canada, legal cannabis has seen a 50% increase in GDP over the last year. That’s a massive uptick in business and it had an impact on everyone from the shipping industry to third-party companies that produce manufacturing equipment.

No matter where your business focuses its efforts, there’s opportunity in the legal cannabis market. Shipping, production, and even marketing and promotional activities are all potential sectors that could benefit from these changing laws.