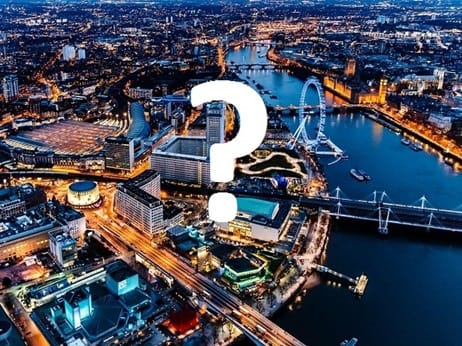 UK baffled by business terminology and origins of their favourite brands

New research reveals UK adults are baffled by business terminology with one in four (25 per cent) admitting to not knowing what a PLC is.

The poll of 1,000 adults, conducted by spread betting company Spread Co, tested the public’s knowledge of business and the origins of brands.

A PLC is a company whose shares can be sold to the public. It’s not just the business terminology that left Brits puzzled as the study also showed a lack of understanding around the business landscape.

Over half (61 per cent) of those polled thinks that Jet2 Holidays and over a quarter (26 per cent) think that Tesco are part of wider PLCs, when in fact they are PLCs in their own right.

Almost half (48 per cent) of Brits incorrectly thought Burts Bees was a PLC and over a third (35 per cent) thought Cadbury was a PLC when both companies are actually part of wider PLCs.

The beauty industry seemed to be a major cause for confusion, as more people thought Lush was

Respectively, over a quarter (26 per cent) and nearly a fifth (17 per cent) of respondents were mistaken in thinking Durex and Nurofen were PLCs in their own right when in fact they are both part of Reckitt Benckiser.

Business terminology wasn’t the only cause for confusion as the survey showed consumers are also baffled by the origins of their favourite “British” brands, with half (50 per cent) of adults unaware Tetley Tea is owned by a foreign company.

Respondents incorrectly thought that many of our store cupboard favourites, such as Branston Pickle (42 per cent), HP Sauce (37 per cent) and Heinz (27 per cent), were British when they are actually Japanese and American.

Companies with less traditionally British sounding names such as Hikma Pharmaceuticals, Schroders and Antofagasta were also confusing for the public. Less than 10 per cent (5 per cent, 7 per cent and 3 per cent respectively) of the public thought they were British, when they are actually all based in Britain.

Shameer Sachdev, Head of Marketing & Sales at Spread Co, said: “The research shows that people are very much influenced by the physical presence of companies when it comes to estimating their size, PLC status and origins.

“Sometimes clever branding from parent companies can disguise our favourite brands as British, so they become part of our culture. Many of these brands started off as local independent companies, and later became part of a wider PLC based overseas, such as Cadbury, Walker Crisps and Newcastle Brown Ale. However, their British heritage is still enough to convince the UK population that they’re investing their money with a domestic company.”

To find out more about betting on the FTSE100 with Spread Co visit: https://www.spreadco.com/range-of-markets/