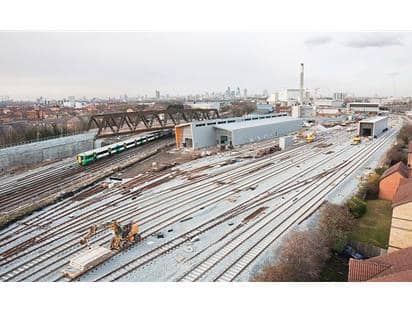 Shares hiked by 3.7 per cent this morning

Shares in troubled construction giant Carillion rose 3.7 per cent this morning after it signed two contracts with Network Rail, which could generate revenue of around £200m for the group over the next three years.

Keith Cochrane, Carillion’s interim chief executive, said the fact that the company had been awarded the contracts showed the company “continues to have the support of key customers”.

“The group faces significant challenges, but we remain focused on executing our disposals programme, taking cost out and strengthening our balance sheet,” Cochrane added.

One of the contracts is for Carillion to upgrade the existing track and infrastructure on the train route from London to Corby, which is expected to generate revenues for the group of £62m over the next two and a half years. The second contract was awarded to Carillion Powerlines, a joint venture with Powerlines Group, which will undertake electrification work on the same route.The venture will be paid around £260m over the next three years for the work.

Carillion had announced some days ago that it has appointed Andrew Davies as its new boss as he is expected to spearhead cost-cutting at the outsourcer and oversee a programme to sell some of its divisions.