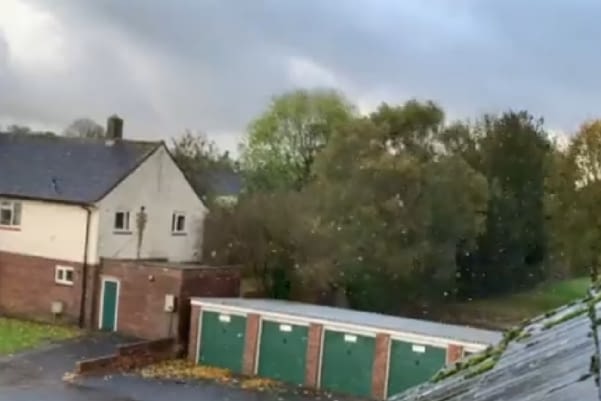 The Met Office has issued yellow warning for high winds and a deluge of torrential rain which are in place for large parts of the west and other regions.

The Met Office have also warned  there will be flooding of a few homes and businesses, which is likely.

Bus and train services will be affected with journey times taking longer and motorists are being told to expect spray and flooding on roads, probably making journey times longer

Meteorologist Tom Morgan said, “We’ve got a deep Atlantic area of low pressure that’s bringing a very heavy band of rain and squalling winds across the whole of the country, but particularly in the south of England.

Well this is what’s left of our beautiful gazebo and garden after a tornado ripped through our garden this morning 😱😱😱 @WboroPolice @The_doughboys @NNorthantsC pic.twitter.com/oqewX3q6qd

“We’ve seen some very strong gusts of wind on the south coast… and a few reports of damage from the winds.

“It’s not out of the question that there will have been some localised, brief funnel clouds or tornadoes.

“In the last couple of days we have seen some reports and seen some photos of funnel clouds and water spouts, which are similar to tornadoes.”

Anti-vaxxer Piers Corbyn arrested as he encouraged people to ‘burn...