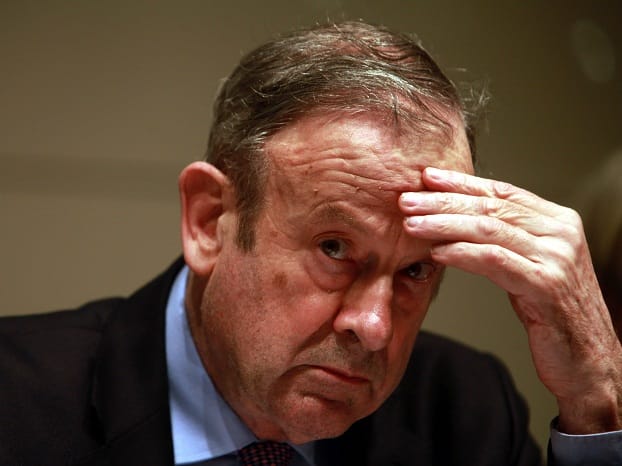 Mills, who is the founder of consumer product company JML Group, told LondonLovesBusiness.com that the Labour Party shouldn’t adopt the brand of politics Corbyn stands for.

“I have known Jeremy Corbyn for many years. He is a man of principle and determination but the brand of politics which he represents is not one which I share. Nor is it one which, in my opinion, Labour should adopt if it wants to get back into power,” Mills told us.

According to Ladbrokes, Jeremy Corbyn has overtaken Liz Kendall in the Labour leadership race.

Corbyn, who was 100/1 when he joined the leadership, has strong support from the Unite union. According to various media reports, Corbyn also received advice from Prime Minister David Cameron on how to win the leadership race. (Read: Three reasons Jeremy Corbyn could actually win the Labour leadership contest)

Mills, who has donated over £1.7m to the party since 2005, also lashed out at The Daily Telegraph’s campaign to urge readers to “doom” Labour by backing Corbyn.

“I doubt whether this undemocratic and unprincipled campaign will be successful and I hope that it will not be,” he told us.

Mills also spoke out against Corbyn’s £10bn plan to scrap university tuition fees. He said that the current system of charging students up to £9,000 a year has worked “surprisingly well” and hasn’t “deterred people from poorer backgrounds from going to university”.

“The current system has stabilised the income flows on which higher education depends,” he said. “At the margin, extra taxation tends to fall relatively heavily on poorer people so that spending extra public money on those with the advantage of having the ability to go to university is likely to increase overall inequality. For all these reasons I would not be in favour of this £10bn proposal.”

Har-man down: Leadership candidates at odds with acting leader over tax credits