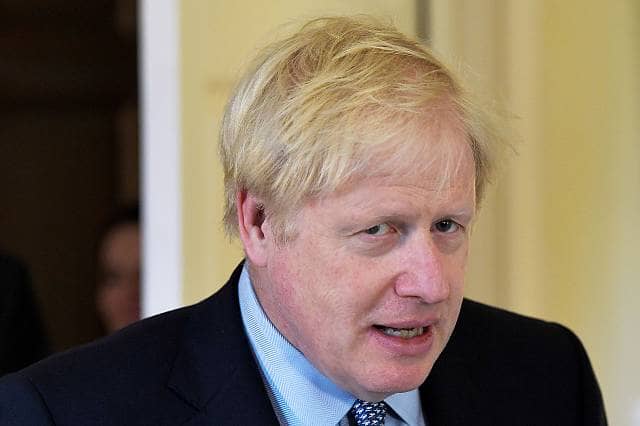 Professor Sir John Curtis has said that it is now too late for the UK to leave with any sort of deal before the deadline of 31 October.

Speaking to journalist Iain Dale at the Edinburgh Fringe Festival on Thursday, he said the Tories could struggle if a general election is called before 31 October.

He said, “It is now too late for us to leave the European Union on October 31 with any kind of deal.

“There isn’t time. Even if the Government were wanting to put Theresa May’s deal through, we’ve run out of time.

“The polling evidence is that the Brexit Party vote has basically gone down now to where the Ukip vote was in 2015.

“And what Brexit supporters are saying when they’re asked these hypothetical questions is, ‘if we leave after October 31 and we’ve left with a deal or not, then at least half of them say they’ll switch to the Tories’.

“If on the other hand, the Government tries to hold an election before October 31 and we haven’t left, or if it holds an election and it hasn’t left, they say they’ll stick with the Brexit Party.

“So certainly, delivering Brexit ought to have a dividend for the Conservative Party. But of course, if we do leave without a deal on October 31, there is a significant debate out there about what the consequences will be.”

He added, “My view is that if the Government is forced into an election this side of October 31, it’s going to be a tough call for the Tories.

“If they can wait until afterwards and they deliver Brexit, and the delivery of Brexit is seen to be successful, then so long as the remain vote remains divided then they should be able to squeeze the Brexit Party votes sufficiently that they can get a majority.”

Speaking about Labour he said the party could find themselves in a strong position if they are able to form an alliance to form a government.

Professor Curtis said, “For the Tories to be able to retain office, they will need to get to 326 seats or something very close to it because they will not have any other potential friends inside the House of Commons apart from the DUP and whatever Brexit party appears there are.

“Labour in contrast at least have the prospect of being able to do a deal with the Liberal Democrats and with the SNP.

He added, “If we were to have an early election, we would end up with a record number of third party MPs inside the House of Commons.

“The SNP are dominant up here.

“Any Tory MP whose sitting on a majority over Lib Dems of less than 20% is vulnerable, 40, 50 Liberal Democrat MPs is possible.

“In a sense, the Labour Party potentially starts with 100 MPs in its bank before it’s won a single seat for itself.”