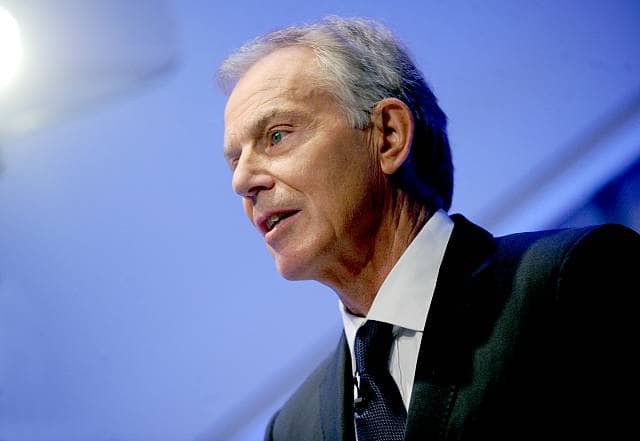 Tony Blair prosecution to be blocked by the attorney general

The attorney general, Jeremy Wright QC who is also the Conservative MP for Kenilworth has been formally asked to join the hearing to prosecute Tony Blair the former prime minister over the Iraq war.

Britain’s top law officer is to block this bid for prosecution and senior ministers have also said this is to be thrown out.

General Abdul-Wahid Shannan ar-Ribat the former chief of staff of the Iraqi army is bringing the private prosecution after last year’s Chilcot inquiry report findings. Ribat is understood to currently live in exile.

According to the Guardian newspaper, legal papers they’ve seen say’s that Blair and the then foreign secretary Jack Straw and the ex-attorney general Lord Goldsmith are to be prosecuted for the crime of “aggression.”

Ribat’s lawyers are wanting a fresh hearing after a court ruled in 2016 that Blair cannot be prosecuted and has immunity from a criminal charge, because by bringing a prosecution may “involve details being disclosed under the Official Secrets Act”, according to the legal documents.

Imran Khan who is one of the lawyers bringing the case said to the Guardian: “My client wants those responsible held to account and prosecuted using the full force of the law.”

“He is baffled as to why it is that despite the Chilcot report making it very clear that the war was illegal, attempts are now being made to prevent those responsible from entering a court, let alone being prosecuted for what they did.”

Khan added: “I really don’t think it’s a matter for the Attorney General. It sounds a rather defensive approach, one that wants to nip it in the bud, but it’s a bit disingenuous as it should be left to the court to decide.”

“It sounds like we’re on to something here, otherwise why would the Attorney General want to get involved at this early stage?”

The Guardian further reported that in 2016 an application was made to Westminster magistrates court to summon Blair.

The district judge Michael Snow refused the application and said: “Implied immunity as former head of state and government ministers, therefore offence not made out.”

“Allegations involve potential details being disclosed under the Official Secrets Act for which attorney general and director of public prosecutions consent are required,” according to the Guardian.

Michael Mansfield QC who is also part of Ribats legal team say’s the judge is wrong in saying that three senior government ministers cannot be prosecuted as there are “overwhelming grounds” for challenging Snow’s decision.

Wright is reportedly to have formally asked to join future hearings and according to legal papers seen by the Guardian he has called for the attempt to prosecute Blair, Straw and Goldsmith to rejected.

Wright’s spokeswoman said to the Press Association: “He is seeking to intervene in this case because it raises issues about the scope of criminal law.”

“It is not unusual for the attorney general to intervene in these sort of cases in order to represent the public interest.”

Khan added that: “Everybody, including the attorney general, should welcome this court case.”

“It is an opportunity for many millions of people to get justice for something which caused immeasurable damage not just to the people of Iraq but all those others that were affected by these events around the world.”

However, wright believes that the legal case against them will not stand because under English law the crime of “aggression” does not exist.

The International Criminal Court does not rule on decisions to launch conflict and the court in The Hague said decisions for the UK to go to war falls “outside of the court’s jurisdiction.”