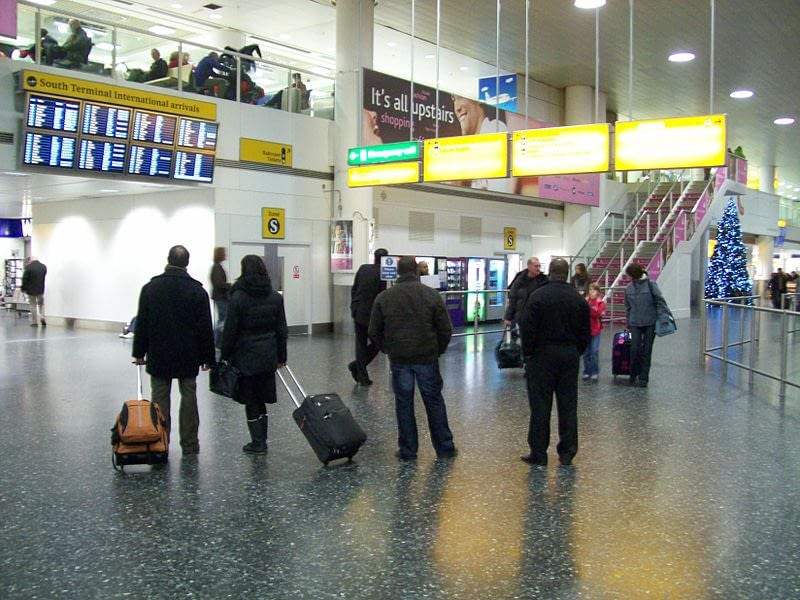 Gatwick closed after drones spotted nearby

Thousands of passengers have been affected after a runway at Gatwick Airport was closed due to drones being flown nearby.

Gatwick announced that the runway had reopened at about 03:00 today, but 45 minutes later it was shut again after a further sighting of drones. Reports suggest that the runway will remain closed until 11:00 GMT today.

(1/2) It is totally unacceptable to fly drones close to airports and anyone flouting the rules can face severe penalties including imprisonment.

(2/2) The rules for flying drones are designed to keep all airspace users safe.

The CAA's Dronecode provides advice on how to fly your drone safely and follow the rules. you can see it at: https://t.co/avAtyxPdQZ.#Gatwick #Gatwick_Airport

So Gatwick is shut due to drones so our flight TOM687 has been diverted to Stansted,so far we've been stuck on our plane for 4 hours.. a man has opened the plane door and put everyone at risk & then another guy says he's a terrorist Living pure hell right now 😥 #GatwickAirport pic.twitter.com/1qgF5mxsZf

Up to 20 police units, a helicopter, dog units and armed response are searching for the drone which has caused disruption at Gatwick.

A spokesman for Cardiff Airport said: “We took four diversions overnight from London Gatwick. All passengers from these flights had made their way home by the early hours of this morning.

“Flights are operating as normal at Cardiff Airport. The latest live flight information is available on our website cardiff-airport.com.”