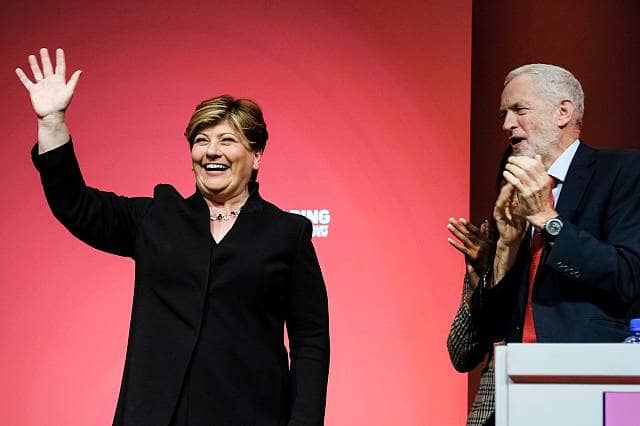 The shadow foreign secretary Emily Thornberry has said President Donald Trump is a “threat to our world order” and does not deserve a state visit to the UK in June.

Thornberry branded President Trump as “nothing but a disgrace to his office,” as Trump announced the US would be withdrawing its support for the accord regulating the multibillion-dollar global arms trade.

She added, that if Trump is re-elected this “is the final confirmation that he is not the Leader of the Free World.”

Thirnberry wrote on Twitter, “Donald Trump’s statement on the Arms Trade Treaty is the final confirmation that he is not the Leader of the Free World, he never has been, and he does not deserve the honour of a State Visit to Britain.

“He is nothing but a disgrace to his office and a threat to our world order.”

Labour leader Jeremy Corbyn hit out and said that Theresa May should not roll out the red carpet for Trump, he further added that he will not be attending the state banquet hosted by the Queen.

Corbyn said, “Theresa May should not be rolling out the red carpet for a state visit to honour a president who rips up vital international treaties, backs climate change denial and uses racist and misogynist rhetoric.

“Maintaining an important relationship with the United States does not require the pomp and ceremony of a state visit.

“It is disappointing that the Prime Minister has again opted to kowtow to this US administration.”

Trump is expected to arrive in London for his full state visit on 3 June, and anti-Trump campaigners have promised to flood London during his visit to protest.

Buckingham Palace announced on Tuesday morning that President Trump will arrive in London on 3 June.