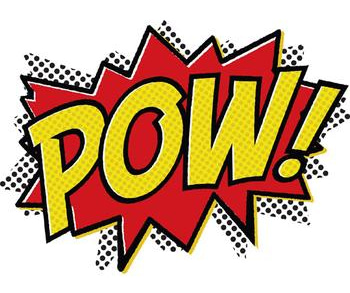 The big four supermarkets – Tesco, Sainsbury’s, Morrisons and Asda – have been hit hard by the arrival of uber-discount rivals Aldi and Lidl in the past couple of years.

Just today, Wm Morrison (that’s Morrisons to the guy on the street) has announced a 6.3% fall in sales in the three months to November, compared with the same period last year.

Sainsbury’s saw sales fall 2.8% for the three months to September, compared with the year before.

But Sainsbury’s is coming back fighting.

It has teamed up with Danish discount chain Netto to enter the lucrative discount market, and today they open their first new Netto store, in Leeds.

Dansk Supermarked, Netto’s parent company, and Sainsbury’s are both contributing £12.5m to the joint venture.

They plan to open 15 UK stores in the next year.

It’s not risk-free, by the companies’ own admission – but then you could argue that none of the savviest business moves ever are.

Per Bank, chief executive of Netto’s owner, Dansk Supermarked, said at the press launch of the store: “I hope we can set new standards for discounters in the UK. It’s a big risk but I believe we are able to deliver that.

What else can we tell you now? The Guardian reports that the stores will feel “light, bright and cheap, with a Scandinavian touch”, similar to Ikea.

The BBC reckons “they are also likely to have a Danish flavour,” offering Danish pastries and Lego.

Netto will sell one-off products available for only a week or so, as Lidl does.

Most of the stores will be based in the north of England, neatly avoiding eating into Sainsbury’s largely south-of-England foothold too much.

The new Netto stores will stock around 2,200 products, which is comparable with Aldi and Lidl’s ranges, including heavily discounted own-brand versions of popular household products. (The big four typically stock around 40,000 products.)

Morten Moberg Nielsen, head of Netto UK, said: “We think everyone should be able to buy nice things, in a nice shop, at a nice price.”

Do you think this is a good move for Sainsbury’s? Let me know @sophiehobson and in comments below.