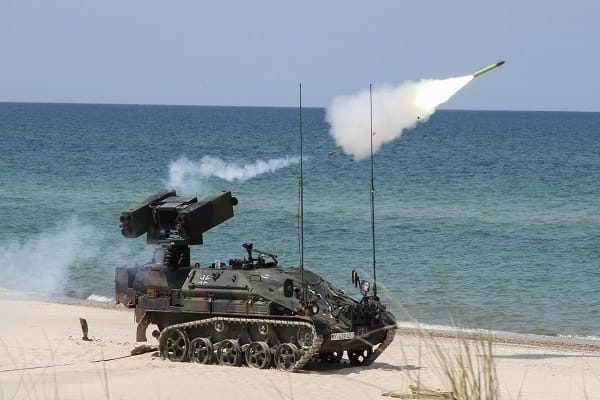 written by Mark Channer LLB Political Journalist 12th May 22 7:09 am

A Swedish organisation has warned that if Sweden and Finland join NATO then this could “increase the risk of war in the nation.”

Gabriella Irsten, from the Swedish Peace and Arbitration Society, told Sky News joining NATO is not “wise at all” and it will be a “big risk.”

Irsten added, the move will make the country “more unsafe” which will “hinder Sweden’s history and role in pushing for peace and disarmament.”

She warned, “We feel that joining NATO would be a step too far.

Finland’s former Prime Minister said they are 99.9% likely to join NATO this year and it is most likely they will join on Thursday.

Alexander Stubb said, “The only person we can thank is Putin, he’s the reason we’re joining.”

According to a poll on Tuesday Stubb said that 76% of Finns are in favour with 12% against.

Moscow has continually warned that NATO has expanded too far eastwards and Russia fear this poses a national threat to their security.

Russian Foreign Ministry spokeswoman Maria Zakharova said Finland and Sweden “should not base their security on damaging the security of other countries.”

The Russian spokeswoman added, “Their accession to NATO can have detrimental consequences and face some military and political consequences.”

Russia’s Foreign Ministry reiterated the grave threat on Twitter, she said, “We regard the Finnish government’s commitment to a military non-alignment policy as an important factor in ensuring security and stability in northern Europe.”

Finland and Sweden are cleared to join NATO as Turkey...

Boots owner takes it off the market as...