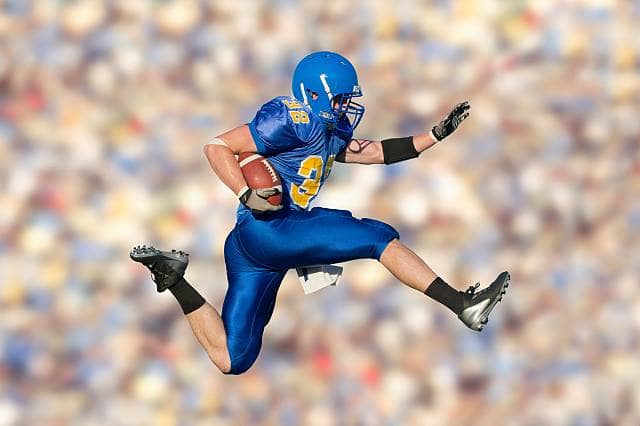 The use of technology to improve sport performance

The global sports industry is worth an estimated $1.3 trillion, making it one of the biggest drivers of economic growth in the world.

Stakeholders in the industry are spending hundreds of millions of dollars to develop new technology. This will help them improve athlete performance and ensure that high-grossing stars are back in uniform soon after injury.

That’s why some of the global sports industry’s most popular franchises are collaborating with both tech and software development companies to build custom software.

Billy Beane, the protagonist of the popular Hollywood film Moneyball, is probably the most well-known advocate of statistics in sports. However, even he would be shocked at the way that data analysis is being used in sports today.

One of the most important developments in sports today is the rise of data analytics and machine learning. Savvy franchises are working with software development providers to build state-of-the-art software that enables them to use decades of technology to build the best teams and to increase performance from athletes.

Player tracking systems, like STATS from Sport VU, are providing teams with millions of data points gleaned from practices and games. One of STATS lead researchers, Peter Carr, says “there is lots of tracking data at the professional level which makes it possible to use advanced techniques like ‘deep imitation learning.’”

This type of technology uses data points, garnered from previous games and historical resources, to help players and coaches understand what plays and strategies have the highest chances of success.

They also help teams predict their opponents’ next move. STATS’ researchers claim that “we have been able to predict how specific teams will defend in different situations.” This is invaluable data that helps coaches increase their odds of success. It will also have a dramatic and unpredictable impact on the sports world.

Wearable sports technology is not limited to just Fitbits. Professional athletes and their franchises have begun integrating this new technology into their conditioning programs, practices, and even games.

Heart rate monitors, like those found on Fitbits, are being used by Olympic coaches to dial in training routines and to ensure that athletes are provided with optimal exertion and recovery times.

These wearables are also helping coaches avoid overexertion and related injuries. Figure skating coaches, for example, use wearable tech to track the number of jumps and high-intensity moves that their athletes perform each day. This helps them avoid placing too much stress on important joints like the knee.

Catapult is an innovative startup focused on reducing injuries in the National Football League (NFL). The company recently signed an agreement with five NFL franchises to use their wearable technology during the 2019-2020 season. This brings the total amount of NFL teams using the company’s tech to 19.

Catapult is using their sensors to capture valuable data that can help NFL teams prevent injuries and make the right draft selections. The wearables are placed on every potential draftee’s equipment, providing teams with valuable data on throwing speed, acceleration, and hitting intensity.

Teams can also use this data to build player profiles which help coordinators select plays and choose overall strategies.

Biologic interventions are one of the most exciting new areas of sports medicine. Well-known athletes like Tiger Woods, Kobe Bryant, Rafael Nadal, Stephen Curry, and more have used Plate-Rich Plasma PRP therapy to avoid surgery or recovery from surgery much quicker.

The goal of biologic-based sports medicine is to help regenerate damaged tissue, or create favorable conditions for the body’s own healing mechanisms to work. By creating such an environment, physicians can help athletes cut healing times in half and return to their previous level of fitness.

Perhaps the most well-known biologic intervention is the previously mentioned PRP. This type of approach starts with taking a small blood sample from the patient. The sample is placed in a centrifuge, which spins the blood at high speed. This separates the platelets from the rest of the blood.

The doctor then injects the platelet-rich solution into the patient’s site of injury. These platelets reduce inflammation, increase the concentration of wound-healing proteins, and prevent excessive bleeding.

Another biologic sports medicine intervention undergoing research is stem cell therapy. Some physicians are currently using stem cells as an alternative, or supplement, to PRP therapy.

This type of procedure is simple. Doctors remove fat from the patient and extract the target pericytes from the cells. These stem cells are then injected into the injury site. Athletes who have undergone this therapy report faster healing times and less pain.

The rising number of injuries in both professional and youth sports is a major cause for concern for stakeholders in the industry. In particular, young athletes are being injured at historically high rates.

The American Orthopaedic Society noted that high school athletes suffer from roughly 2 million injuries a year and 500,000 doctor visits. Many of these injuries are preventable and occur as a result of overuse–children under 18 are not physically mature enough to withstand such intensive physical workloads.

Sports experts have also drawn a link between physical overuse in childhood and the rise in serious injuries suffered by young professional athletes, particularly the National Basketball Association (NBA) players. They focus special attention on year-round activities such as summer basketball leagues, training camps, and self-guided practice that is now expected from serious professional prospects.

Sports franchises and recovery experts are turning to digital modeling to prevent serious injuries. They can also alert coaches and players alike when an athlete is overextended and at risk of serious trauma.

Major League Baseball (MLB) is currently working with software development services to find a way to prevent Tommy John injuries. This type of injury involves tearing or damaging an important ligament in a pitcher’s throwing elbow. For most of baseball’s history, a Tommy John injury was a career death sentence.

Two researchers at Northwestern University recently created a digital model that helps teams prevent Tommy John injuries. They use their computer simulation to view how muscles usage affects the ulnar collateral ligament. This data can be used to prevent injuries and to help pitchers alter their throwing technique.

The sports industry of the future will hardly resemble that of the past–largely because of technology. That’s because emerging technology will help sports franchises better strategize against their opponent and prepare for future success.

Finally, sports medicine is benefiting greatly from this technological revolution. Athletes are already using PRP and stem cell therapy to avoid traumatic surgeries and to recover quicker. Expect more technologies to emerge as sports franchises ramp up their collaborations with software development companies and the larger tech industry.