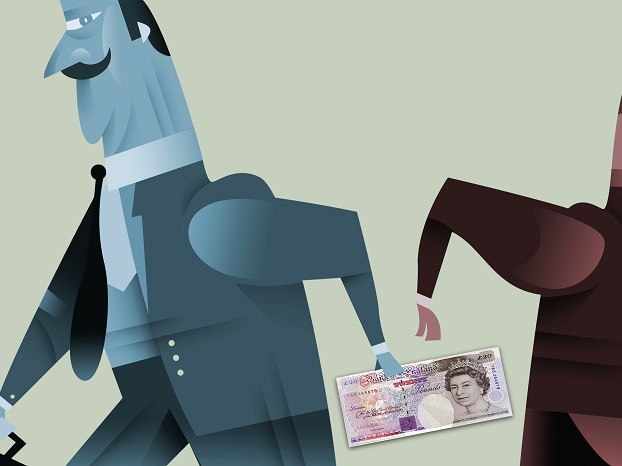 The government should make legal changes to their gambling laws, argues our sports columnist Mihir Bose

The revelations that tennis players may have taken money to lose matches has once again raised the question how sports can cope with illegal betting and match fixing. It is all very well to say, as some have, that the answer is to ban betting from sport. This is both ridiculous and impossible.

The very nature of sport makes betting inevitable. A Mozart concert can take you to a world which is beyond Lionel Messi’s football magic. But there is one huge difference between listening to Mozart and watching Messi with a ball at his feet – that is the element of surprise. Even when Messi is at his best there is no guarantee that his wizardry will ensure victory for his team. For all the magic of Mozart’s music a surprise conclusion to the concert is not something you will experience.

It is this surprise element which makes sport so attractive to gamblers. Indeed in the late 18th and early 19th century it was gamblers and their desire to make money from sporting events that helped create many of the sports we play and betting has remained an integral part of sport. The question is not whether there should be betting on sport, because there is no way we can stop it, but what can the sports authorities do to make sure that those who are betting on sport do not corrupt the players.

And here we need to understand what is happening with sports betting. Much is made of what is called match fixing where a player, whether in an individual game like tennis or a team game like football or cricket, takes money to lose a match. This is what may be called old-fashioned match fixing.

However, in recent years what has also developed is what is called spot fixing. So in a cricket match a player accepts money not to lose the match but to deliberately bowl no-balls or wides, or a batsman to play out a maiden over when no runs are scored, or a footballer to concede a throw-in or a tennis player to lose a service game by double faulting.

For such players spot fixing is the best of all possible worlds: acquire illegal, untaxed money yet feel no remorse or guilt. After all a tennis player can still win a match even after having deliberately lost a service game. Two decades ago when Hansie Cronje, the South African captain, was caught taking money for fixing matches he kept insisting that he had never done anything to  deliberately lose his country a match. He said he just told the odd bowler and batsmen to fiddle his performance. And incredible as it may sound many of his fellow countrymen accepted his explanation and refused to believe that he had done anything wrong. A few years after the revelations, when South Africa held a cricket World Cup, supporters wore a bracelet dedicating the World Cup to Cronje.

However what the Cronje case showed is that to catch cheats you need the help of government bodies in this case the police. Long before Cronje there had been suspicions that the money generated in India for cricket was proving so temping that players were prepared to fix matches. But this was dismissed as just bar room gossip. But then the Delhi police quite accidentally came across telephone conversations between Cronje and illegal betting syndicates and the corruption in cricket that had long been suspected became public knowledge. Since then it has become clear that cricket is not the only sports where players can be tempted.

Why the government needs to regulate sports

But while the sports authorities acknowledge that their players can be lured by gambling syndicates, and football once in denial readily acknowledges that match fixing is rife in the sport, it is the remedy they have come up with which is the problem. In keeping with the great belief of sports authorities that they can always look after their own they have set up so called integrity units to monitor any illegal gambling activities. They are mostly staffed by high profile ex-policemen and I do not doubt they mean well. However they neither have the power to really investigate what is going on and, as the tennis scandal shows, the legal ability to name and shame those who may have been guilty of match fixing. So what we have is a lot of smoke, a general belief that there must be fire but no verifiable proof.

The answer lies in sport going to government and confessing that for all their understandable desire to keep sport autonomous it needs government help to police betting in sport. So it is useless having integrity units which are an integral part of a particular sport. These anti-corruption units must be stand-alone bodies which are part of the judicial system of the country. To keep them under the jurisdiction of the sport they are monitoring means they will always be toothless bodies as the tennis allegations show all too vividly.

Beyond this of course there is also the need to persuade some countries to change their law. Many countries see any form of gambling illegal. Others only allow gambling in certain controlled areas, like on the race track as this country used to do until the 60s. This has meant that in many countries almost any form of betting outside the race track is illegal and gambling has fallen into the hands of criminal gangs providing much scope for match fixing or spot fixing.

I realise that it will not easy to persuade government to make legal changes to their gambling laws. Many of these governments have more urgent priorities than to worry about what illegal gamblers are doing to sport. It is certainly not as important as providing public transport and adequate healthcare but sport must do more to convince governments that it needs their help. This is vital because in sport we need to be certain that the performance put before us is motivated not by the illegal bribes a player may have been paid but through honest endeavour. If that is not the case sport loses all meaning. In a Mozart concern that question would never arise. But that assumption goes to the heart of sport which is why sports authorities need to face up to the fact that without proper supervised external help they will never be able to deal with the scourge of illegal betting and match fixing.

7 celebrities you had no idea were BANNED from the UK