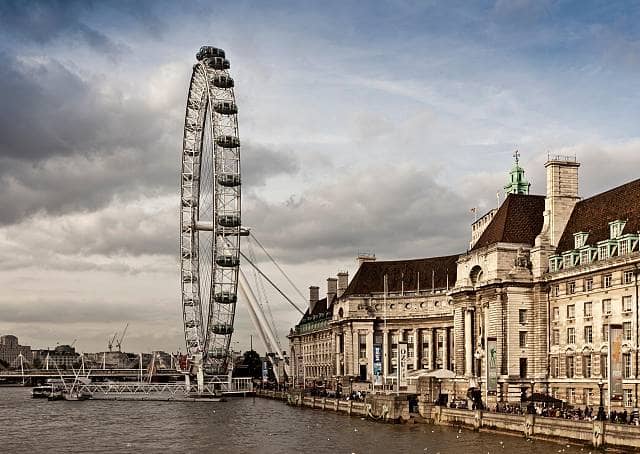 THE BIG DEBATE: Will London remain the capital of fintech?

London is currently hailed as the global centre of fintech. A financial centre by tradition hosting the leading global banks, London is also headquarter to leading disrupting actors such as Transferwise or Nutmeg, who have created a stimulating ecosystem other fintech start-ups can benefit from. The British capital currently hosts 17 of the top 50 fintech companies in the world, the biggest cluster of successful fintech companies ahead of San Francisco (16 start-ups).

But will London manage to maintain its leading position in the fintech space?

The Brexit for one will undeniably affect fintech activities. In the short term, the currency devaluation will be unfavourable to fintech scale-ups with headquarters in London. Concerns around the UK’s exclusion from the Digital Single Market, SEPA and overall banking regulation are high, especially for companies in the payment space. Start-ups in wealth management are also wary about limitations in passporting. Investors question whether or not the European Investment Fund, who contributed 2.3bn between 2011-2015 to UK-based venture firms (37% of all venture funding raised in the UK), will remain engaged, and how. But while these concerns are justified, the reality is that uncertainty is prevalent and there is no way to predict how the negotiations between the UK and the EU will conclude at this stage. For now, the Brexit should therefore not kill London’s fintech industry.

Competing fintech hubs are rising in peripheral markets. In the rest of the world, new centres of financial innovation are emerging, ambitious entrepreneurs driving technological leapfrog in Berlin, Tel-Aviv or Shanghai. Out of the top 100 fintech companies identified by H2 Ventures and KPMG in 2015, 42% were non western. While Asia possesses capital to deploy and a huge market size, Africa hosts incredible talent and an attractive market growth which will support the establishment of new fintech centres.

As a result, international venture capital will be redeployed to these new centres. While London currently benefits from strong streams of US investments, it will increasingly compete with other centres. Already, the Asian tech scene is garnering significant investment, with $4,8bn raised at the beginning of 2015. Asian VCs currently deploying a large part of their capital in other markets with reroute investments to support challengers (the Chinese fintech start-ups ZhongAn, Qufenqi) in their local markets, which will ultimately redefine the geographic flow of capital.

London already possesses the infrastructure and the know-how. Leading on online access to financial services, it also benefits from high levels of internet connectivity and superfast broadband. A diverse capital, London attracts worldwide talents, with more than 44,000 individuals currently working on the most innovative projects in the fintech industry – more than in New York City or San Francisco.

Policy-makers will ensure future policies favour the ecosystem, with the adoption of initiatives such as the Innovative Finance ISA, or the FCA regulatory sandbox providing tailored authorisation processes. If the Brexit slows these processes, it should not put a stop on it, as regulators understand it is becoming vital for London to maintain it’s financial leadership to promote favourable regulations.

Finally, London benefits from an un-replicable strategic position. Geographically situated between Europe and the USA, London remains the door to two highly attractive markets with a combined 900 million potential customers. It offers fintech companies access to two streams of capital. More than half of all fintech investments in Europe are centralised in Londonwith £357m poured in fintech start-ups in 2015, and London has recently seen the multiplication of new tech funds such as Santander (£60m), Index Ventures (£328m), Google Ventures (£76m) focusing on innovative financial technologies.

London will remain the capital of fintech in the upcoming future. However, the fintech industry is deemed to reach a level of maturity at some point. When the big players will have fully integrated innovation and start-ups will have themselves become big corporations, the industry will become much less hype and entrepreneurs will move towards a new more challenging sector.

Antoine Baschiera is CEO at Early Metrics. Early Metrics is the first rating agency for start-ups and innovative SMEs. Headquartered in London and Paris, Early Metrics currently operates in 5 European countries and serves over 100 clients. Since 2014, it has rated more than 600 start-ups.