Home Business News The 30 most shocking retail fails of 2020, who will be next? 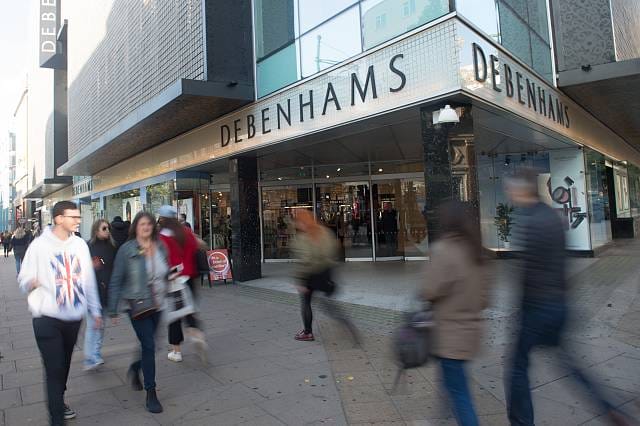 2021 has kicked off with non-essential stores closed once again and more big-name retailers struggling for survival. The home delivery expert ParcelHero reveals the 30 biggest names to fall into administration in 2020 and warns that, unless stores get to grip with e-commerce, this could be just the tip of the iceberg.

The home delivery expert ParcelHero says that 2020 was the worst year on record for High Street retailers, with many of Britain’s favourite stores collapsing into receivership and thousands of jobs lost. It says the battle for survival for High Street stores has become critical, as online sales climbed 74% YOY in November, even as some much-loved High Street stores closed for the final time.

ParcelHero’s Head of Consumer Research, David Jinks MILT, reveals the 30 biggest failures of 2020 and says he fears 2021 will be equally grim for retailers who fail to embrace a combined web store and High Street sales policy.

Says David: ‘By last November, online shopping had snatched 34% of all retail sales. It’s little wonder many favourite British brands hit the rocks last year. This is our list of the biggest names to fail in 2020. Who would have believed, just a few years ago, that iconic brands such as Cath Kidston, Topshop and Victoria’s Secret would have to call in the administrators, not to mention staples such as Bensons for Beds and Oddbins?

‘Of course, some of the stores on our list were saved by being bought out of administration, while others have risen again as online-only stores. The fact is, however, all these household names failed to remain solvent, with many leaving hundreds of suppliers and other creditors in their wake.

‘2021 has started just as bleakly. Non-essential stores are shuttered, great brands such as Debenhams are winding down and Paperchase is on the brink of administration. Many more brands will join 2020’s rollcall of ‘retail fails’ if they don’t fully embrace a combined web store and High Street sales policy.

‘In January 2017, we released 2020: Death of the High Street, a high-profile report that was discussed in Parliament. We said that, unless retailers developed an omnichannel approach that embraced both online and physical store sales, the High Street as we know it would reach a dead-end by 2030. The coronavirus pandemic has only hastened its demise.

‘Only stores that embrace their website as their most important shop window and ensure their online service matches the standards of their in-store experience will survive.