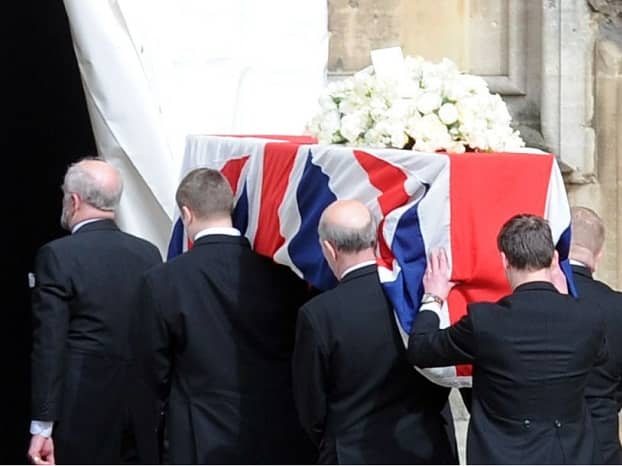 The Cabinet Office confirmed yesterday that the ceremony, including bearing her coffin on a gun carriage and the service at St Paul’s Cathedral, cost £500,000.

An estimated £1.1m went on additional security and policing. The bill also includes £2m of  “opportunity costs” for police that would have been on other duties on the day.

The Daily Telegraph has reported that the bill was cheaper than the £7.5m cost of Queen Elizabeth’s funeral in 2002, and Princess Diana’s funeral, which “cost up to £7.7m in today’s money”.

The £3.6m bill meant that each Briton paid 6p for the funeral, the equivalent of every household chipped in 15p.

Lord Bell, a spokesman for the Thatcher family, said: “All the abuse that was hurled has no foundation. It is remarkably low cost for this most extraordinary event. It increased the standing of Britain in the world and was extremely good value.”