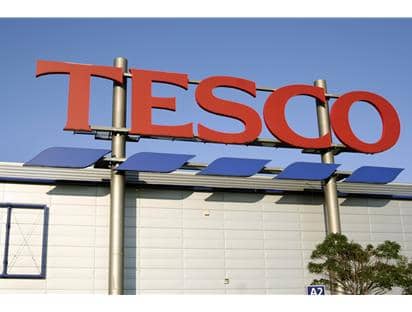 The decision by Tesco to pay back business rates relief represents a significant U-turn and will crank up the pressure on its supermarket rivals to follow suit.

“This gesture comes at a fairly sizeable cost – so it can’t be dismissed as meaningless – and it may well be that the boardrooms of its peer group are cursing the move. After all, if they follow suit, unlike Tesco they won’t be able to claim the brownie points for going first,” according to Russ Mould from AJ Bell.

“Previously the grocers had argued they were entitled to take advantage of this tax break, despite being able to operate throughout the pandemic, due to all the extra costs they incurred and the pressures they faced in feeding the nation.

“Tesco will argue that today’s decision is less a reflection of a change of heart and more a story of a change of circumstances as the backdrop has stabilised.

“It may be that the company is seeking to pre-empt any action from a cash-strapped Government – which has seen supermarkets book big profits and in some cases increase dividends to shareholders despite the impact of Covid-19.

“For shareholders themselves, it will hardly feel like their interests are being prioritised. There is now likely to be plenty of speculation about who goes next.

“Public companies, as they always do, will face greater scrutiny and it’s not just the supermarkets –Kingfisher-owner B&Q and discount retailer B&M, which recently declared a special dividend, were also able to stay open while taking advantage of the relief.

“A situation where listed firms pay back cash and private ones keep their heads down and do not would hardly feel satisfactory.”