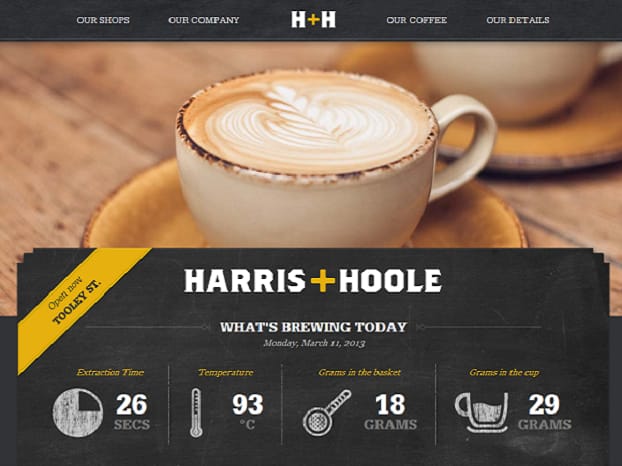 Harris + Hoole, the coffee shop chain part-owned by Tesco, will open its first store at a Tesco Metro at London Bridge.

The brand plans to open at least 15 more stores in central London before the end of this year. A flagship store in Cannon Street is also on the cards.

Harris + Hoole was founded last year by Nick Tolley with his siblings, Laura and Andrew.

The chain came under fire last year for claiming it’s “artisan” and a “family affair” after it was revealed that Tesco has been backing it.

Nick Tolley, the chief executive of Harris + Hoole, told the Evening Standard: “We like to think of them all as unique specimens… rather than stamping our template on every high street.”

The brand’s new stores will be seen both inside Tesco outlets and standalone shops.

Refuting claims that Harris+Hoole will be concentrated just inside Tesco outlets, Tolley said that the London Bridge outlet was chosen only because it’s “an opportunistic site” and not because of “any strategic significance”.